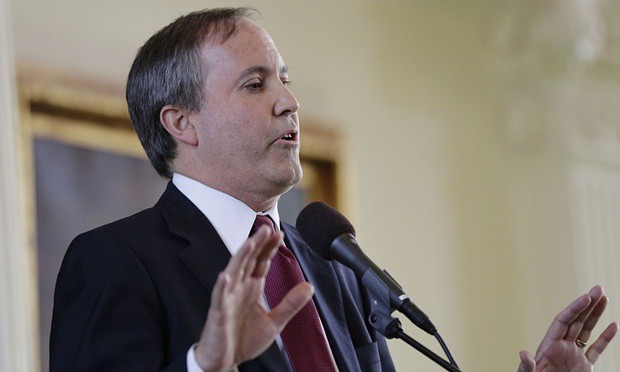 America’s same-sex marriage law has not pleased everyone, including a lot of conservative lawyers. A case in point is Ken Paxton, attorney general in Texas who has said he will personally defend any marriage clerk who refuses to marry gays upon religious grounds.

Paxton’s claims have started the inevitable speculation of a raft of lawsuits challenging the obligation to deliver on the marriage equality law ruling implemented across the US.

Ken Paxton called the court’s decision “lawless”. He and the governor, Greg Abbott, issued a memo on Monday directing state employees to “respect and preserve Texans’ religious liberties”, which was interpreted as an invitation to defy the supreme court ruling.

“The government must never pressure a person to abandon or violate his or her sincerely held religious beliefs regarding a topic such as marriage,” Abbott wrote in the memo. “As government officials, we have a constitutional duty to preserve, protect and defend the religious liberty of every Texan.”

Chuck Smith, the executive director of Equality Texas, told the Washington Post that most of the 254 Texas counties were still issuing marriage licences to gay couples.

Other conservative states have responded in different ways to the ruling. Mississippi’s attorney general, Jim Hood, declared last week that he would not consider it binding until the US 5th circuit court of appeals confirmed it. But in a tacit climbdown on Monday, he emailed staff to say no one would be penalised for issuing same-sex marriage licences.

Gay marriage faces southern rebellion as couples hit state bureaucracy’s wall
Read more
On Monday, it was reported that some court clerks in Kentucky had made it clear they would object to issuing marriage licences to gay couples on religious grounds.

County clerk Casey Davis told the Associated Press that “in good conscience I cannot put my name on one of those licences”, and said no same-sex couple had yet been into the office to ask for one. A spokesman for the state’s governor, Steve Beshear, said he was reviewing his response to clerks’ objections.

In Alabama, the chief justice, Roy Moore, told officials not to grant licences for same-sex couples for 25 days, the rehearing period for the supreme court’s ruling. However, an AP telephone survey found that at least 32 of the state’s 67 counties were still issuing marriage licences to gay couples.

In a speech to the Kimberly Church of God congregation, Moore compared the supreme court’s decision to the time when slavery was lawful. “Welcome to the new world. It’s just changed for you Christians. You are going to be persecuted according to the US supreme court dissents,” he said.

At least 22 counties were not issuing licences, and some shut down marriage licence work altogether, with local probate judges saying they needed to look at the ruling more closely.