Same-sex marriages in Michigan have been delayed by a Court of Appeals ruling, issing an order preventing them from occurring after the state’s appeal of a ruling that overturned the consitutional ban on them.

Dozens of couples took advantage of the ability of marrying prior to the decision from the 6th US Circuit Court of Appeals before the court overturned the gay marriage ban in what is the latest in a number of similar decision overturning similar laws across America.

Associated Press report that two Detroit-area nurses who’ve been partners for eight years claimed the ban violated their rights under the U.S. Constitution. Nearly 60 percent of state voters in 2004 approved a constitutional amendment that recognizes marriage only as between a man and a woman.

Seventeen states and the District of Columbia issue licenses for same-sex marriage. Since December, bans on gay marriage have been overturned in Texas, Utah, Oklahoma and Virginia, but appeals have put those cases on hold.

The case in Michigan involves two Detroit-area nurses, Jayne Rowse and April DeBoer. They want to get married, but the original purpose of their 2012 lawsuit was to overturn Michigan’s ban on joint adoptions by same-sex couples.

They are raising three adopted children with special needs at their Hazel Park home. But they can’t jointly adopt each other’s kids because joint adoption in the state is tied exclusively to marriage.

Rowse, 49, and DeBoer, 42, didn’t testify, and the trial had nothing to do with their relationship. In fact, attorneys for the state told the judge that they are great parents.

Instead, the state urged the judge to respect the results of a 2004 election in which 59 percent of voters said marriage in Michigan can only be between a man and a woman. Conservative scholars also questioned the impact of same-sex parenting on children. 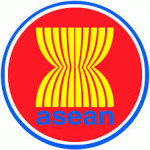 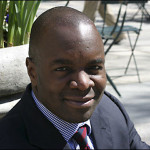