The same-sex marriage ruling has been euphorically received, however does it contain more than just the seeds of despair for LGBT rights generally.  Scott Lemieux is Guardian US correspondent and blogger at Lawyers Guns & Money as well as being a professor of political science

On the anniversary of its decisions striking down laws banning “sodomy” and a key provision of the Defense of Marriage Act that prevented legally-married same-sex couples from obtaining federal recognition, the Supreme Court on Friday declared a full national right to same-sex marriage.

The court’s decision was 5-4, with Justice Anthony Kennedy writing the decision and joined by the court’s four Democratic nominees.

But though the conservative dissents will garner the most attention from critics, it’s actually the majority opinion that may cause LGBT rights advocates the most headaches in the years to come.

While Chief Justice John Roberts and Justices Antonin Scalia, Samuel Alito and Clarence Thomas are wrong about same-sex marriage, they weren’t wrong about Kennedy’s majority opinion, which leaves a lot to be desired. All of Kennedy’s same-sex marriage opinions have all contained passages whose legal reach exceeds their rhetorical grasp, and even people sympathetic to Kennedy’s conclusions will wince in recognition when reading Scalia’s snarky lines about Kennedy’s “straining-to-be-memorable passages” and “inspirational pop-philosophy.”

Much worse than its aesthetic problems, however, is where Kennedy leaves equal protection law as it pertains to LGBT rights more generally.

As with Kennedy’s Doma opinion – about which I wrote that he “flirt[ed] awkwardly with federalism, due process and equal protection rationales without ever quite summoning up the courage to invite one to the prom” – he maddeningly continued in this opinion to vaguely invoke both equal protection and due process theories without clarifying the applicable standard when it comes to LGBT rights more generally. “Each concept – liberty and equal protection – leads to a stronger understanding of the other,” asserted Kennedy.

The problem with Kennedy’s judicial vagueness is that public officials and lower courts need to know whether classifications based on sexual orientation should be subject to heightened scrutiny, like those based on race or gender, or whether such classifications require only a “rational basis”, like economic regulation.

If heightened scrutiny applies, states can only use sexual orientation classifications in law if it they are closely related to a compelling state interest – a test states usually fail. If states need only a “rational basis,” courts are generally very deferential to the state. After Friday’s opinion, it seems obvious that heightened scrutiny is being applied in practice, but Kennedy inexplicably refuses to say so. The refusal to define sexual orientation as subject to heightened scrutiny will lead to unnecessary confusion, and possibly permit federal and state judges to deny LBGT rights claims that even Kennedy might think should be upheld.

By not being more specific about his rationale for forcing all states to recognize and perform same-sex marriages, Kennedy leaves open the legal possibility that marriage is the only form of discrimination against same-sex people that is covered by the 14th Amendment. But LGBT people face many other types of discrimination – in public accommodations and in employment, for example – that now may have to be fought out case by never-ending case in the lower courts.
Source: The Guardian
[table id=9 /] 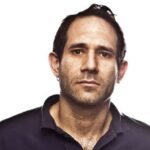 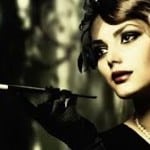