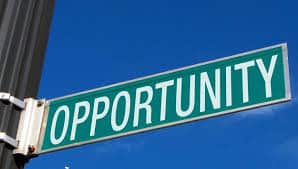 Scheme Victimized More Than 1,000 Individuals Throughout the United States

Preet Bharara, the United States Attorney for the Southern District of New York, Acting Assistant Attorney General Benjamin C. Mizer of the Justice Department’s Civil Division, and Ronald J. Verrochio, the Inspector-in-Charge of the Miami Office of the U.S. Postal Inspection Service (“USPIS”), announced today the unsealing of an Indictment in Manhattan federal court charging KENNETH LEVIN, the owner of a company that purported to sell lucrative vending machine “business opportunities,” and six employees of the company, TAYLOR LEVIN, SEARS HOBBS, JAMES CONLEY, MARCEL HARRIS, STEPHEN FRIEDMAN, and JONATHAN CAMPBELL, for their alleged participation in a nearly $9 million scheme that victimized at least 1,300 consumers across the country. KENNETH LEVIN, TAYLOR LEVIN, SEARS HOBBS, JONATHAN CAMPBELL, and STEPHEN FRIEDMAN were taken into custody earlier this morning and will be presented before to U.S. District Judge Katherine B. Forrest, to whom the case is assigned. MARCEL HARRIS and JAMES CONLEY remain at large.

Manhattan U.S. Attorney Preet Bharara said: “As alleged, the defendants preyed on prospective customers by inventing facts and making false promises to make a proposed vending machine ‘business opportunity’ appear more attractive. As I have noted before, we are taking a close look at fraud that targets consumers and we will aggressively prosecute such conduct wherever we find it.”

USPIS Inspector-in-Charge Ronald Verrochio said: “These arrests occurring during National Consumer Protection Week offer a great opportunity for us to highlight our message of fraud prevention. We are committed to investigating these schemes and educating consumers on how to protect themselves from these types of frauds.”

According to the allegations contained in the Indictment and statements made in court:

From approximately January 2005 to December 2011, the defendants perpetrated a scheme to defraud more than 1,000 consumers by making material misrepresentations in an effort to induce those consumers to invest thousands of dollars in purported vending machine “business opportunities.” Through a company located in Manhattan, New York (“Company-1”), and its successor companies (the “Business Opportunity Companies”), the defendants and other employees falsely promised customers that if they purchased packages of five or ten vending machines, the customers would be provided access to pre-established, high-profit locations for the machines, and would be connected with experienced “locators,” who would facilitate placing the vending machines in those pre-determined locations. They further falsely promised to provide training and ongoing customer assistance on how to operate a successful vending machine business, and misled customers about the features of the vending machines – including purposefully concealing the fact that the machines were manually operated, accepting only exact change, rather than automatic machines that accept bills and provide change. Despite the defendants’ claims, there were no pre-determined locations available, locators were inexperienced and ill-equipped to find profitable locations for the vending machines, and the Business Opportunity Companies delivered little or no follow-up service or assistance to their customers.

The defendants also misled prospective customers about the profits customers could earn from the machines. They assured prospective customers that they would earn significant profits from the vending machines in a relatively short period of time. Several of the defendants also misled customers into believing that the defendants personally owned vending machines that were profitable. They made these assertions knowing that there were scores of dissatisfied customers who, rather than making any profit, had lost their entire investment. Through their scheme, the Business Opportunity Companies obtained nearly $9 million from more than 1,300 customers throughout the United States.

Mr. Bharara praised USPIS for their outstanding work in the investigation. Mr. Bharara also thanked the Justice Department’s Civil Division for its assistance.

This matter is being handled by the Office’s Complex Frauds Unit. Assistant U.S. Attorneys Janis Echenberg and Jennifer Beidel, and Department of Justice Consumer Protection Branch Trial Attorney Jessica Gunder are in charge of the case.

The charges contained in the Indictment are merely accusations and the defendants are presumed innocent unless and until proven guilty. 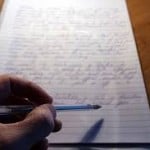