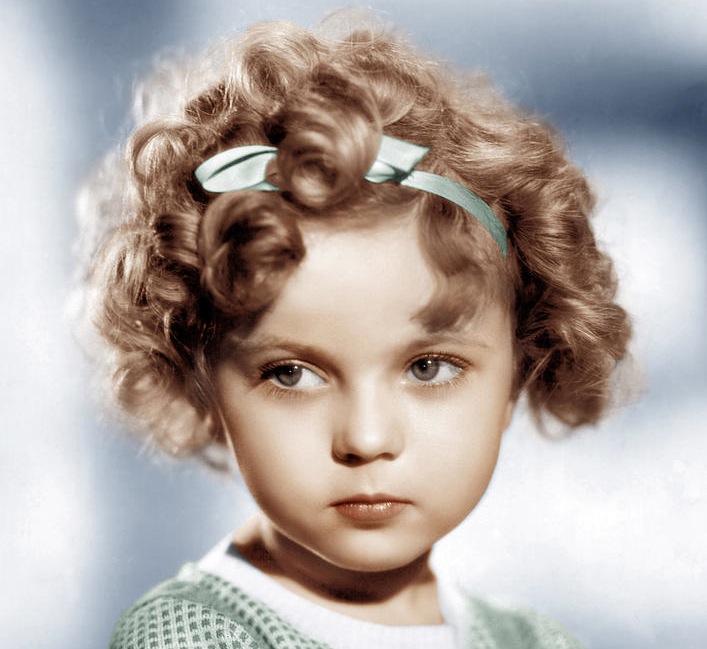 The death of former child star Shirley Temple at 85 has aroused a scandal relating to the alleged appeal her childlike beauty had that was more sinister for some.  Famed writer Graham Greene had written:  her appeal is more secret and more adult.  It lead to scandal, intrigue and a lawsuit by 20th Century Fox.

What was the scandal of Shirley Temple, then?

The Independent reported that while Graham Greene’s travels to Mexico in the late 1930s are part of literary folklore, spawning his masterpiece, The Power and the Glory, about a “whiskey priest” and the policeman sent to hunt him down, there in fact lies another story as to why the famed writer and committed Roman Catholic was sent to Mexico.

Now, a sensational new theory has emerged – that Greene in fact fled to Mexico to avoid being sent to prison after the Lord Chief Justice who presided over his infamous civil libel trial with the child star Shirley Temple decided he should be prosecuted for criminal libel. Papers were sent to the Director of Public Prosecutions, but Greene was never arrested.

An Amazing Claim – Was Greene Defamatory?  (See below)

The amazing claim is made in the lost autobiography of Greene’s close friend, the cinema pioneer Alberto Cavalcanti, who died in 1982 aged 85. The discovery of the biography, along with letters and other papers belonging to the film director, has sent a frisson of excitement throughout the film world.

Cavalcanti had an enormous influence on both British and French cinema. In France he worked closely with Jean Renoir; in the 1930s and 1940s he worked in London and directed several Ealing films, including Greene’s Went the Day Well? and was involved in many others, including Kind Hearts and Coronets. He is recognised as the creative force behind the studio’s unique style.

His papers are currently with the special collections at the British Film Institute (BFI) archive in Berkhamsted, where they are being catalogued with the help of film academic Charles Drazin.

Cavalcanti’s biography, to which The Independent on Sunday has had exclusive access, contains numerous anecdotes about the artistic community in Paris and London. But it is the few lines about Greene that will cause the history books to be rewritten.

In 1937 Greene was a film reviewer for Night and Day magazine. In a review of the Shirley Temple vehicle Wee Willie Winkie, he wrote: “Her admirers – middle-aged men and clergymen – respond to her dubious coquetry, to the sight of her well-shaped and desirable little body, packed with enormous vitality, only because the safety curtain of story and dialogue drops between their intelligence and their desire.”

Twentieth Century Fox sued on behalf of Temple, then aged eight, on the grounds that Greene had implied she played deliberately to “a public of licentious old men, ready to enjoy the fine flavour of such an unripe, charming little creature”, Cavalcanti wrote. He added: “Thanks to vigilant, quick-witted friends, Graham was warned that the Americans producing the film had introduced a writ of libel against him, meaning that not only would the backers of Night and Day pay a large fine, but he, Graham himself, faced a prison sentence. The only solution was to find a country without extradition. They chose Mexico and our poor Graham went away very quickly indeed. Very likely Shirley Temple never learned that it was partly thanks to her that, during his exile, Graham Greene wrote one of his best books.”

What Greene said (in part):

The owners of a child star are like leaseholders—their property diminishes in value every year. Time’s chariot is at their back; before them acres of anonymity. Miss Shirley Temple’s case, though, has a peculiar interest: infancy is her disguise, her appeal is more secret and more adult. Already two years ago she was a fancy little piece (real childhood, I think, went out after The Littlest Rebel). In Captain January she wore trousers with the mature suggestiveness of a Dietrich: her neat and well-developed rump twisted in the tap-dance: her eyes had a sidelong searching coquetry. Now in Wee Willie Winkie, wearing short kilts, she is completely totsy. Watch her swaggering stride across the Indian barrack-square: hear the gasp of excited expectation from her antique audience when the sergeant’s palm is raised: watch the way she measures a man with agile studio eyes, with dimpled depravity. Adult emotions of love and grief glissade across the mask of childhood, a childhood that is only skin-deep. It is clever, but it cannot last. Her admirers—middle-aged men and clergymen—respond to her dubious coquetry, to the sight of her well-shaped and desirable little body, packed with enormous vitality, only because the safety curtain of story and dialogue drops between their intelligence and their desire. 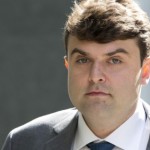