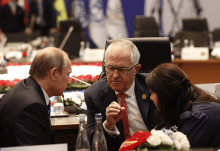 He was once the brilliant lawyer who handled the “Spycatcher” case where MI5 sued over the famous book written by one of it former spies and the brash young lawyer ran rings around the Thatcher government’s attempts to stop its publicationi.  But now Malcolm Turnbull is Australia’s new Prime Minister and has been huddling with Vladimir Putin at the G20 summit, in the wake of the Paris terror attacks.

The attacks have renewed ties with many former foes or near-foes, like the increasingly isolated Russia, who are now being welcomed inside the tent of the Western alliance to confront the ISIS threat.

Malcolm Turnbull has come a long way since the 1987 Spycatcher drama, and he was always a young man on the make who had achieved fame, success and money.  Now, however, he also has political power and is determined to make his mark on the world stage as much as he ever did in the courts and in his banking career.

Turnbull’s meeting with Putin comes just a day after the Russian leader sat down with President Obama as both countries pledged to eliminate ISIS and end the Syrian war that has lead to its rise and its expanding reign of terror.

Their huddle over a coffee table in Antalya, Turkey, on Sunday came after the ISIS claimed responsibility for Friday’s barbaric coordinated attacks in Paris that left 129 people dead and hundreds injured.

During the talks with world leaders, Obama said ‘the skies have been darkened’ by the attacks in Paris.

He vowed to stand in solidarity with France and aid the effort to hunt down the perpetrators and bring them to justice. 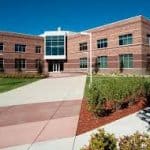