“When my lawyers were approached by Mr Craig’s QC asking for our consent to the joint sailing holiday, I felt I was damned if I did, damned if I didn’t.  The hearing had finished – we were just waiting for the decision – so there was no possibility of recusal. We feared that non-consent would be seen as insulting to the judge. I was not aware of the formal rule that means they should not have put us in that position. So naturally I am frustrated that the Supreme Court has decided on the basis of that consent. They’ve simply not addressed the reason for the rule.”

“My lawyers consulted numerous QCs on this question before lodging the application. All were of the view that the issue was important, and should be raised. We are a small country. Unavoidably our senior law circles are small and close. Our Supreme Court should lean over backwards to show that it is conscious of the risks to perceived integrity. I am disappointed that the Supreme Court has not addressed that point.”

“My lawyers asked the Supreme Court to seek an explanation from the Judge for the sailing trip. We wanted more information, and a hearing on these issues, particularly on why the judicial conduct rule should be enforced. As far as I know none of the pertinent questions were put to the judge. I remain concerned how Mr Craig’s QC apparently knew when the judgement was to be released.”

“We wanted to know if the sailing trip was planned at the time of the hearing in September 2018 and whether it was disclosed to the other judges. There is no reference to such details in today’s decision.”

“In the Saxmere case, Justice Bill Wilson QC provided the details of the situation in writing. He did the right thing to reassure everyone that it was not being brushed under the carpet. Importantly there were two full hearings.”

“I think the denial of a public hearing, and the absence of explanation for disregarding the clear rule should be of concern to lawyers generally. Justice must be seen to be done.”

“It might not make any difference to the outcome for me, if they will not rehear it without Justice Arnold, but it would be less frustrating if I knew this situation won’t be allowed to happen again.  No one should be left in the same predicament when a judge asks a favour that is an offer you can’t refuse.”

>> The QC and the Yachting Excursion 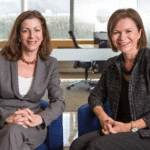 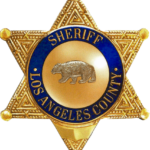