John Bowie – It may have been inevitable that a saga like the Colin (“Enough is enough”) saga would entangle the judicial system itself.

And now, as the Herald reveals today in its story ‘The judge, the QC and the holiday’, it sees the cosy relationship between bar and bench once again hitting the rocky shoals of good judgment outside of court.

Stephen Mills QC who represented Colin Craig in a lawsuit against Jordan Williams that he spectacularly lost with a $1.27 million judgment against his client, went yachting with one of the Judges who subsequently ruled with the majority to remove the verdict.

The sailing has resulted in an application from Jordan Williams’ lawyer Peter McKnight acting to recall the judgment in the split decision that set aside the record defamation verdict.

The Supreme Court decision saw a 3-2 split on the case with Mills’ yachting companion and much-loved yachtie Sir Terence Arnold holidaying over the summer break, about three months prior to the judgment.

There was no evidence that the case was discussed on the yachting excursion, which LawFuel has been told also involved at least one other retired judge who was not involved in the case, it revives the ghosts of Saxmere past.

The Saxmere case involved the imbroglio involving Justice Bill Wilson QC in 2010 following revelations involving Wilson’s commercial involvement in a horse stud with Alan Galbraith QC. Regrettably for Bill Wilson the affair ended his judicial career before it started in a case that drew into plain sight the need for judges to avoid any suggestion of conflict or cause for concern among the public or clients.

Dame Sian Elias released guidelines in 2017 about the requirement foir anyi judge to tell their judicial peers about circumstances that may give rise “to a concern among litigants or the public”.

The ‘Craig’ yachting excursion apparently sought the consent of Jordan Williams, via his solicitor Peter McKnight, but after the Supreme Court hearing.

It is inevitable in a close-knit legal community in a small country that bench and bar will meet socially and to deny that inevitability is naive. But nonetheless in highly contentious legal events, and none could be more so than the endless Colin Craig saga, the seeking of permission to enjoy a yachting trip was something Stephen Mills QC in particular may well have seen as being a bridge too far.

It seems he broke the main spar on this occasion. 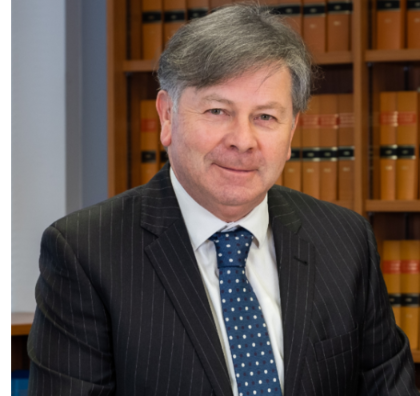