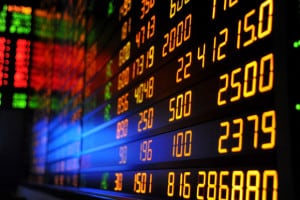 LOS ANGELES – A former Beverly Hills stockbroker who worked with fugitive hedge fund manager Florian Homm was found guilty by a jury late this afternoon of 18 federal criminal charges for participating in a stock manipulation scheme designed to pump up the reported profits of hedge funds that fraudulently caused investors approximately $200 million in losses.

Ficeto was the president of a Beverly Hills-based broker-dealer, Hunter World Markets, which he co-owned with Florian Wilhelm Jürgen Homm, who was first indicted in March 2013 on charges of securities fraud and wire fraud after he was arrested in Italy. Homm later fled to Germany and is a fugitive from justice. Homm was the founder and chief investment officer of Absolute Capital Management Holdings (ACMH), a Cayman Islands-based investment advisor that operated from Palma de Majorca in Spain and managed eight hedge funds (the Absolute Funds).

Between September 2004 and September 2007, Homm directed the Absolute Funds to buy billions of shares of thinly traded, United States-based “penny stocks” through Hunter World Markets that Ficeto located and brought to Homm through investment banking deals. Ficeto then facilitated the manipulative stock purchases and caused millions of shares of the same penny stocks to be given to Homm, Hunter World Markets, and CIC Global Capital, which was controlled by co-defendants Colin Heatherington, of Port Alberni, British Columbia, Canada; and Craig Heatherington, of Queensland, Australia.

Ficeto and his co-conspirators worked together in an elaborate conspiracy to launder the illicit proceeds throughout the world.

Ficeto also engaged in unlawful monetary transactions by sending nearly $10 million of illicit proceeds to an account in the Cook Islands days before his testimony before the Securities and Exchange Commission, and then lied to the SEC about the Cook Islands account. Ficeto also used a hedge fund called the Hunter Fund, in which the Absolute Funds invested and also was used to conceal investments by the Absolute Funds in the penny stocks and to manipulate the stock market.

As the scheme unraveled, Homm abruptly resigned from the firm in the middle of the night on September 18, 2007, according to court documents.

In March 2013, Homm was taken into custody in Italy after being arrested at the Uffizi Gallery in Florence. Homm was arrested pursuant to a provisional arrest warrant sought by federal prosecutors in Los Angeles after they filed a criminal complaint containing charges related to the alleged fraud scheme. The United States sought Homm’s extradition to the United States and he was ordered extradited by the Italian Ministry of Justice, but Homm ultimately was released and is believed to have fled to Germany, where he remains a fugitive.

Colin Heatherington is in Canada and facing extradition to the United States.

This matter was investigated by Federal Bureau of Investigation. The United States Securities and Exchange Commission, and the Financial and Regulatory Authority provided assistance to the FBI’s investigation.