LeClairRyan – Simply put, “privity of contract” is “‘the relationship between the parties to a contract, allowing them to sue each other but preventing a third party from doing so.” The existence of ‘privity’ had long protected an architect in a contractual relationship with an owner or some other entity from potential liability to a contractual stranger.

However, in recent years, there has been a significant amount of litigation interpreting whether the essential existence of that relationship continues to be a valid defense for a design professional from liability against those with whom the design professional does not have a direct contractual relationship, such as a contractor, subcontractor, or injured third party.

While lack of privity is still a valid defense in some jurisdictions, there has been a clear trend in many states to modify or, worse, completely abandon this defense that has benefited architects and engineers for so long. This article includes a brief discussion on the status of the law on the privity defense for a design professional in numerous jurisdictions and the approaches being used to uphold or limit such defense.

Architect is Not Responsible for Contractor’s Delay Damages – LAN/STV v. Eby
The Texas Supreme Court has held that a contractor under contract to the project owner only, may not sue an engineer for delay damages based upon design errors.

LAN/STV, a joint venture, contracted with the Dallas Area Rapid Transit Authority (DART) to provide design plans and specifications for a light rail line in Dallas. Separately, DART contracted with Martin K. Eby Construction Company (Eby) to construct the rail line. There were no contracts between Eby and LAN/STV. Very shortly after construction commenced, Eby “discovered” that the plans had numerous errors and asserted that 80% of the construction drawings required revisions and modifications. Eby contended that it lost $14,000,000.00 on the project.

Eby originally sued DART for breach of contract which was dismissed for failure to exhaust administrative remedies. After a complicated legal process, Eby and DART settled for a fraction of what Eby claimed and Eby filed suit against LAN/STV for negligence and negligent misrepresentation. The jury found fault on the part of LAN/STV (45%), DART (40%) and Eby (15%). Both parties appealed.

Eby had claimed that LAN/STV prepared the plans and knew that Eby was going to rely upon those plans in connection with the performance of its work on the project. Negligent misrepresentation is a tort (non-contract) cause of action. The noted that, in general, ‘there is no liability in tort for economic loss caused by negligence in the performance or negotiation of a contract between the parties.’ Texas had previously recognized an exception for the recovery of purely economic losses in connection with the negligent performance of services in professional malpractice cases involving lawyers. The Court reiterated its previous recognition of the negligent misrepresentation cause of action set out in Section 552 of the Restatement (Second) of Torts and its application to legal malpractice cases.McCamish, Martin, Brown & Loeffler v. F.E. Appling Interests, 991 S.W.2d 787 (Tex. 1999). Eby wanted to extend that holding to a construction context.

The Court noted that negligent performance of services and negligent misrepresentation are “both torts…based on the same logic” with similar “general theor[ies] of liability.” In agreeing that an architect’s plans are “intended to serve as a basis for reliance by the contractor, the Court stated that ‘the contractor’s principal reliance must be on the presentation of the plans by the owner, with whom the contractor is to reach an agreement, not the architect, a contractual stranger. The architect is liable to the owner for deficient plans. Therefore, the Court concluded that the general contractor had no direct cause of action against the architect retained separately by the owner for economic losses caused by allegedly defective plans.

Architect owes no Duty to Owner’s Guests – Black & Vernooy v. Smith
In Black + Vernooy v. Smith, an architect was hired to design a home with a balcony off of the master bedroom. iv The contractor constructed the balcony, but significantly deviated from the design documents. The method of attachment, was photographed by the architect on site visits, but not specifically observed. About a year after moving in, the owners had houseguests visit the home. When two guests stepped onto the balcony, it collapsed. Both were seriously injured, one paralyzed. In addition to suing the owner and contractor, both of whom settled prior to trial, the house guests sued the architect for negligence and won at the trial level. The architect appealed. The basis of the claimants’ suit was that the architect owed both a common law duty and contractual duty to them as third party beneficiaries because the contract stated that the architect would periodically visit the construction site “to report observed deviations from the design plans to the [owners], and to guard the [owners] against defects in the construction of the home”. The agreement also authorized the architect “to reject Work that does not conform to the Contract Documents”.

The claimants argued that the Court should hold that the architect owed them a duty under the common law, the laws not written by legislatures, but which courts, for centuries, have held govern our societies. The Court considered several interrelated factors to determine whether such a duty should be imposed on the architect, including the risk, foreseeability, and likelihood of injury weighed against the social utility of the actor’s conduct, the magnitude of the burden of guarding against injury, and the consequences of placing the burden on the defendant. Although the Court conceded that the foreseeability and likelihood of injury factors weighed in favor of creating a duty, when weighed against the other factors, as well as the right of control over the person who created the harm, the recognition of a new common-law duty was not warranted. The Court held that the architect owed no duty to the guests injured as a result of the defectively installed balcony.

The architect’s contract with the owner permitted him to reject a contractor’s work, but did not authorize the architect to control the actual work performed. The contract stated that the architect “shall neither have control over or charge of, nor be responsible for, the construction, means, methods, techniques, sequences or procedures, or for safety precautions and programs in connection with the Work”, that such obligations “are solely the Contractor’s rights and responsibilities”, that the architect “shall not have control over or charge of and shall not be responsible for acts or omissions of the Contractor, Subcontractors, or their agents or employees, or any other persons or entities performing portions of the Work”, and that the architect was not “responsible for the Contractor’s failure to perform the Work in accordance with the requirements of the Contract Documents”. The Court further held that although there is significant social utility in having an architect provide some oversight to construction and ensuring that the design plans are being met, the magnitude and consequences of the burden by creating a duty would be too significant as it would require the architect to essentially serve as an insurer or guarantor of all construction matters. Finally, the Court held that creating such a duty would curtail the freedom of an architect and an owner to contract for a specific nature of scope of services to be provided. The Court refused to create that new duty.

The Court did go further to note that the guests were not third party beneficiaries because nothing in the contract indicated that they were intended third party beneficiaries. The contract specifically stated “[n]othing contained in this Agreement shall create a contractual relationship with or a cause of action in favor of a third party against either the [homeowner] or the [architect].” As a result, it held that the architects owed no duty either under contract or common law to the third party claimants without privity of contract. That being said, Court did leave open the possibility that an architect who retains control over a contractor’s work may be liable to injured third parties. Therefore, language contained within a design professional’s contract regarding control is important and should be considered carefully prior to entering into any project.

Architect Owes No Duty to Subcontractor – SME v. TVSA
The Supreme Court of Utah has also refused to allow third parties to prevail on claims for negligence, including negligent misrepresentation, against design professionals. SME Indus., Inc. v. Thompson, Ventulett, Stainback & Assoc., Inc., involved renovations to expand the Salt Palace Convention Center in Salt Lake City. The design team contracted directly with the owner. The general contractor contracted with the owner and its subcontractors. Neither the general contractor not its subcontractors had contractual relationship with any member of the design team. One subcontractor agreed to furnish, fabricate, and erect the structural steel for the project. The subcontractor had numerous problems in performing its work as a result of problems with the design documents related to the structural steel. It submitted more than 450 requests for information and made numerous requests for change orders for clarifications of the plans and specifications. The subcontractor’s work was delayed and completed more than two million dollars over budget. The subcontractor sued the design team for professional negligence to recover those costs, alleging that the design team’s responses to its RFIs and change orders were late, inconsistent, conflicted with the plans and specifications, and that this was the cause of the delay and extra costs. These claims were dismissed by the trial court. In affirming this decision, the Supreme Court held that “the general rule in this jurisdiction prohibiting the recovery of purely economic loss in negligence is applicable to a contractor’s or subcontractor’s negligence claim against a design professional” and affirmed the trial court’s dismissal. The Court citing its prior opinion inAmerican Towers Owners Ass’n, Inc. v. CCI Mech., Inc., wherein it reasoned that “[t]o allow the claims would be to impose [the
subcontractor’s] economic expectations upon parties whom [the subcontractor] did not know and with whom [the subcontractor] did not deal and upon contracts to which [the subcontractor] was not a party,” which it refused to do.

Other states, including Missouri, Virginia, Washington, continue to preclude recovery against design professionals without privity of contract. 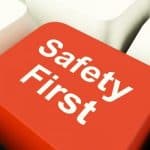