You are here: Home / Legal Opinion / The Supreme Court on a Major Political Decision Amid the Washington Shut-Down

Josh Silver, director of Represent.US  focused on the undue influcence big money has on special interest groups in US politics, writes about the Supreme Court case challenging the amounts donors may give to political candidates in the midst of the great Washington shut-down. This is from the Huffington Post. 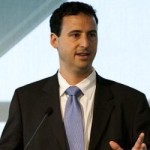 This Tuesday, the U.S. Supreme Court hears oral arguments in McCutcheon v. FEC, a case that challenges the $123,200 “aggregate limit” on how much one donor may give to a combination of political candidates, parties and PACs. Welcome to the age of government shutdowns, $7 billion elections, and a blatantly pay-to-play Congress with the lowest approval rating of all time at just 10 percent. Amidst this madness, you would have to be a fool or a scoundrel to think it’s a good idea to increase the money flowing into American politics. The current aggregate limit is already nearly two and a half times the average income of an American family.

On Sunday, the New York Times outlined how hundreds of millions of dollars in political spending by mega-donors drove the budget crisis and shutdown over Obamacare. It further explains how big insurance companies – who anticipate record profits thanks to Obamacare — are poised to spend over one billion dollars on advertising to sell their wares.

And once again the American people are trapped in the middle of what is portrayed in the media as an ideological fight between conservatives and progressives. Look a little closer, and you see that cash is driving the debate a lot more than ideology in the latest chapter in modern American politics. Here’s how it works…

First, craft a reform proposal (Obamacare) with massive concessions to moneyed interests – in this case, the pharmaceutical, health care and insurance industries. Why? Everyone in Washington knows that these industries are so powerful that in our pay to play political system they could and would have killed President Obama’s proposal before it ever saw the light of day. Next, enter a few billionaires — who oppose Obamacare for both ideological and bottom line reasons — that pump a few hundred million dollars into a sprawling network of communications, organizing and lobbying front groups, and voila, you have a majority of House members led by the nose into spearheading a government shutdown.

This is the political context of the McCutcheon Supreme Court case being argued this week. Chief Justice John Roberts is viewed as the likely swing vote in this case, and he has always been skeptical of limiting money’s influence. It’s a tough case to predict, so the million dollar question is how the ruling would actually change things. There are two primary answers. The largest donors would be able to give the maximum amount ($5,200 per cycle) to an all you can buy list of candidates. This huge influx of money directly into campaigns would mean even more television and radio ads — most of them negative ads that increasingly define modern elections and nauseate voters. Second, the case would increase the odds that plaintiffs will prevail in future court cases that seek to remove all contribution limits, and allow unlimited contributions to candidates and parties.

Major campaign finance and lobbying reforms were implemented in 1974 in the wake of the Watergate scandal, and have been slowly weakened ever since. However, contribution limits are one of the few bright spots for anti-corruption efforts. They were first upheld in the landmark 1976 Buckley v. Valeo Court case, and have held up ever since based on the logic that they are needed to prevent corruption or the appearance of corruption. Given the current explosion in political spending, it is difficult to imagine a majority of justices believing that allowing one donor to give nearly $3.7 million dollars to politics every election cycle would not at least increase the appearance of corruption. But as the Roberts Court proved to the world in their 2010 Citizens United decision, logic-defying decisions that ignore reality and decimate the public interest have become their specialty.

As for the negative ads, it is difficult to imagine even more political mudslinging on television and radio after the last election. More than 3 million ads costing almost $2 billion shattered previous records for federal races in 2012. A full three-quarters of ads in the presidential race appealed to anger. And if McCutcheon prevails, we would see a major jump in ads because of the “lowest unit rate” rules that ensure campaigns pay far less for television and radio than everyone else — as much as six times less. More ads rife with empty slogans, negative attacks and sound bytes that leave voters less informed, more polarized and even more disgusted.

Many of those kinds of ads come to you courtesy of super PACs created in the wake of Citizens United and subsequent federal court cases. These PACs have become a huge force in elections, spending over $600 million of nearly $1.3 billion spent by outside groups on the 2012 elections. But the American people hate Citizens United and super PACs. Soon after that ruling, an ABC/Washington Post poll showed that a full 76 percent of conservative Americans and 85 percent of liberals thought the decision should be reversed. Corporations and unions are now allowed to make unlimited contributions, and while super PACs must disclose their contributors, anonymous donors routinely sidestep the rules by moving funds through secret, tax exempt 501c organizations that either spend directly on elections or donate to super PACs. It’s a shell game that makes a mockery of the disclosure that the high court said was essential to justifying the new all-you-can-spend super PACs. If McCutcheon prevails, we’ll see money move away from super PACs, but the secret 501c organizations will continue move millions in secret money.

To get a sense of how absurd this case is, consider this: if McCutcheon prevails, it would remove limits that affected 1,219 Americans in the last election. That’s .000038 percent of the population. 1 out of 6 of America’s billionaires were part of that group in 2012. These are members of the top 1 percent who, according to a new study by Oxford University, saw its real income grow 86.1 percent between 1993 and 2012 while the other 99 percent of the U.S. population saw its income grow by just 6.6 percent. The report concluded that economic inequality has risen to levels not seen since before the Great Depression. This kind of inequality didn’t happen naturally. It is the result of near-complete capture of the taxation, finance and economic regulatory system. Even if the McCutcheon didn’t increase corruption and the appearance of corruption — which it certainly does — legalized bribery that places the interests of the largest political donors ahead of ordinary Americans should be reason enough to rule against the plaintiff.

Disgraced super lobbyist Jack Abramoff summed up the crux of the problem: “Contributions from lobbyists and special interests to public servants are bribes.” So while Congress acts like 535 corrupt adolescents in a food fight, our government shuts down, and America’s struggling middle class is driven further down the economic ladder, our Supreme Court is contemplating whether to allow the barons of the New Gilded Age to bribe those adolescents with even bigger bribes that will ensure their prosperity at the expense of the rest of us. How many more articles like this can you stomach? It’s time for the American people to get off the mouse wheel of loathing and despair, and become part of the solution to this, the imperative political challenge of our times.