You are here: Home / Lawyers / Suspended Attorney Agrees to Pay $3.3 Million in Restitution 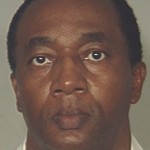 A Las Vegas lawyer and loan officer were indicted in September on federal mortgage fraud charges with the attorney, Stanley Walton, agreeing to pay almost $3.3 million in restitution.  Walton admitted his actions had caused losses of almost $3.6 million.  He has been suspended from practising.

The Review Journal reports that

Stanley Walton and loan officer Pamela Black were indicted in February 2011 on one count of conspiracy to commit bank, mail and wire fraud.

Walton, 54, pleaded guilty to the charge Wednesday. U.S. District Judge James Mahan is scheduled to sentence him on Aug. 20.

Black, 65, previously pleaded guilty to the conspiracy charge. She was sentenced in July 2012 to time served and was ordered to pay about $1.2 million in restitution.

The State Bar of Nevada website indicates that Walton’s law license, which he obtained in 1992, has been suspended.

According to Walton’s plea memorandum, he and others conspired from September 2004 through July 2007 “to fraudulently obtain residential mortgages in order to obtain proceeds from the mortgages for their personal use.”

Walton recruited people to be straw buyers for houses, according to the document, although he “intended to control the ownership interests of the houses, obtain proceeds from the mortgage loans for his own use, and later resell the houses for a profit.”

He advised the straw buyers that he would use their names and credit to purchase the homes and said he would split the profits with them when the homes were resold.