In addition, as part of a separate resolution, Glencore Ltd., pled guilty in the District of Connecticut to a commodity price manipulation conspiracy.  Together, Glencore and Glencore Ltd., both part of a multi-national commodity trading and mining firm headquartered in Switzerland, agreed to pay over $1.1 billion to resolve the government’s investigations into bribery and commodity and price manipulation.   These guilty pleas are part of coordinated resolutions with criminal and civil authorities in the U.S., U.K., and Brazil.

Assistant Attorney General Kenneth A. Polite, Jr. said: “Glencore’s guilty pleas demonstrate the Department’s commitment to holding accountable those who profit by manipulating our financial markets and engaging in corrupt schemes around the world.  In the foreign bribery case, Glencore International A.G. and its subsidiaries bribed corrupt intermediaries and foreign officials in seven countries for over a decade. In the commodity price manipulation scheme, Glencore Ltd. undermined public confidence by creating the false appearance of supply and demand to manipulate oil prices.”

U.S. Attorney Vanessa Roberts Avery said: “Glencore’s market price manipulation threatened not just financial harm, but undermined participants’ faith in the commodities markets’ fair and efficient function that we all rely on.  This guilty plea, and the substantial financial penalty incurred, is an appropriate consequence for Glencore’s criminal conduct, and we are pleased that Glencore has agreed to cooperate in any ongoing investigations and prosecutions relating to their misconduct, and to strengthen its compliance program company-wide.  I thank both our partners at the U.S. Postal Inspection Service for their hard work and dedication in investigating this sophisticated set of facts and unraveling this scheme, and the Fraud Section, with whom we look forward to continuing our fruitful partnership of prosecuting complex financial and corporate criminal cases.

FBI Assistant Director Luis Quesada said:  “Today’s guilty pleas by Glencore entities show that there is no place for corruption and fraud in international markets.  Glencore engaged in long-running bribery and price manipulation conspiracies, ultimately costing the company over a billion dollars in fines. The FBI and our law enforcement partners will continue to investigate criminal financial activities and work to restore the public’s trust in the marketplace.”

USPIS Chief Postal Inspector Gary Barksdale said:  “The idea of fair and honest trade is at the bedrock of American commerce. It is insult to our shared traditions and values when individuals and corporations use their power, wealth, and influence to stack the deck unfairly in their own favor.  The resulting guilty plea by Glencore Limited demonstrates the tenacity of the U.S. Postal Inspection Service and its law enforcement partners in holding criminals accountable who try to enrich themselves by undermining the forces of supply and demand.”

According to the Information filed in the Southern District of New York, statements made in court, as well as other publicly-filed documents in this case:

Glencore, acting through its employees and agents, engaged in a conspiracy for over a decade to pay more than $100 million to third-party intermediaries, while intending that a significant portion of these payments would be used to pay bribes to officials in several countries, including Nigeria, Cameroon, Ivory Coast, Equatorial Guinea, Brazil, Venezuela, and the Democratic Republic of the Congo (DRC).

Between approximately 2007 and 2018, Glencore and its subsidiaries caused approximately $79.6 million in payments to be made to intermediary companies in order to secure improper advantages to obtain and retain business with state-owned and state-controlled entities in West Africa, including Nigeria, Cameroon, Ivory Coast, and Equatorial Guinea. Glencore concealed the bribe payments by entering into sham consulting agreements, paying inflated invoices, and using intermediary companies to make corrupt payments to foreign officials. For example, in Nigeria, Glencore and Glencore’s U.K. subsidiaries entered into multiple agreements to purchase crude oil and refined petroleum products from Nigeria’s state-owned and state-controlled oil company. Glencore and its subsidiaries engaged two intermediaries to pursue business opportunities and other improper business advantages, including the award of crude oil contracts, while knowing that the intermediaries would make bribe payments to Nigerian government officials to obtain such business. In Nigeria alone, Glencore and its subsidiaries paid more than $52 million to the intermediaries, intending that those funds be used, at least in part, to pay bribes to Nigerian officials.

In the DRC, Glencore admitted that it conspired to corruptly offer and pay approximately $27.5 million to third parties, while intending for a portion of the payments to be used as bribes to DRC officials, in order to secure improper business advantages. Glencore also admitted to bribery of officials in Brazil and Venezuela. In Brazil, the company caused approximately $147,202 to be used, at least in part, as corrupt payments for Brazilian officials. In Venezuela, Glencore admitted to conspiring to secure improper business advantages by paying over $1.2 million to an intermediary company that made corrupt payments for the benefit of a Venezuelan official.

Under the terms of the plea agreement, which remains subject to Court approval, Glencore pled guilty to one count of conspiracy to violate the FCPA, agreed to a criminal fine of $428,521,173, and acknowledged criminal forfeiture liability in the amount of $272,185,792. Glencore also had charges brought against it by the U.K.’s Serious Fraud Office (SFO) and reached separate parallel resolutions with the Brazilian Ministério Público Federal (MPF) and the Commodity Futures Trading Commission (CFTC). Under the terms of the plea agreement, the department has agreed to credit the company over $256 million in payments that it makes to the CFTC, to the Court in the U.K. as well as to authorities in Switzerland, in the event that the company reaches a resolution with Swiss authorities within one year.

The department reached its agreement with Glencore based on a number of factors, including the nature, seriousness, and pervasiveness of the offense conduct, which spanned over a 10-year period, in numerous countries, and involved high-level employees and agents of the company; the company’s failure to voluntarily and timely disclose the conduct to the department; the state of Glencore’s compliance program and the progress of its remediation; the company’s resolutions with other domestic and foreign authorities; and the company’s continued cooperation with the department’s ongoing investigation. Glencore did not receive full credit for cooperation and remediation, because it did not at all times demonstrate a commitment to full cooperation, it was delayed in producing relevant evidence, and it did not timely and appropriately remediate with respect to disciplining certain employees involved in the misconduct. Although Glencore has taken remedial measures, certain of the compliance enhancements are new and have not been fully implemented or tested to demonstrate that they would prevent and detect similar misconduct in the future, necessitating the imposition of an independent compliance monitor for a term of three years.

According to court documents filed in the District of Connecticut, Glencore Ltd. operated a global commodity trading business, which included trading in fuel oil. Between approximately January 2011 and August 2019, Glencore Ltd. employees (including those who worked at Chemoil Corporation, which was majority-owned by Glencore Ltd.’s parent company and then fully-acquired in 2014) conspired to manipulate two benchmark price assessments published by S&P Global Platts (Platts) for fuel oil products, specifically, intermediate fuel oil 380 CST at the Port of Los Angeles (Los Angeles 380 CST Bunker Fuel) and RMG 380 fuel oil at the Port of Houston (U.S. Gulf Coast High-Sulfur Fuel Oil). The Port of Los Angeles is the busiest shipping port in the U.S. by container volume. The Port of Houston is the largest U.S. port on the Gulf Coast and the busiest port in the U.S. by foreign waterborne tonnage.

As part of the conspiracy, Glencore Ltd. employees sought to unlawfully enrich themselves and Glencore Ltd. itself, by increasing profits and reducing costs on contracts to buy and sell physical fuel oil, as well as certain derivative positions that Glencore Ltd. held. The price terms of the physical contracts and derivative positions were set by reference to daily benchmark price assessments published by Platts—either Los Angeles 380 CST Bunker Fuel or U.S. Gulf Coast High-Sulfur Fuel Oil—on a certain day or days plus or minus a fixed premium. On these pricing days, Glencore Ltd. employees submitted orders to buy and sell (bids and offers) to Platts during the daily trading “window” for the Platts price assessments with the intent to artificially push the price assessment up or down.

Glencore Ltd. pleaded guilty, pursuant to a plea agreement, to one count of conspiracy to engage in commodity price manipulation. Under the terms of Glencore Ltd.’s plea agreement regarding the commodity price manipulation conspiracy, which remains subject to court approval, Glencore Ltd. will pay a criminal fine of $341,221,682 and criminal forfeiture of $144,417,203. Under the terms of the plea agreement, the department will credit over $242 million in payments that the company makes to the CFTC. Glencore Ltd. also agreed to, among other things, continue to cooperate with the department in any ongoing investigations and prosecutions relating to the underlying misconduct, to modify its compliance program where necessary and appropriate, and to retain an independent compliance monitor for a period of three years.

A sentencing control date was scheduled in the Southern District of New York on October 3, 2022, before United States District Judge Lorna G. Schofield, who presided over Glencore’s guilty plea today.

Mr. Williams praised the outstanding investigative work of the Federal Bureau of Investigation. 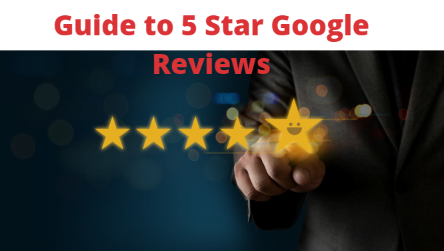