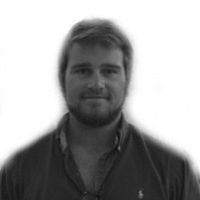 Hector Sharp is a New Zealand student who plans to study law, but has been writing on Mid-East and African affairs during his travels.  He graduated from the University of Melbourne in 2012 with a degree in Political Science. Spent time working at the Harry S. Truman Peace Institute in Jerusalem, specializing in conflict resolution research.This piece is from the Huffington Post.

In 2005, the United Nations established an initiative called the Responsibility to Protect (R2P), which is based on the idea that sovereignty is a responsibility, not a right. In essence, it provides a system for legitimate intervention if humanitarian necessity is present. The doctrine of R2P has two main pillars. The first is that a state has a responsibility to protect its population from ‘mass atrocities,’ a term used to describe genocide, ethnic cleansing, crimes against humanity and war crimes. The second states that if a government fails to protect its citizens from mass atrocities and peaceful measures have failed, the international community has the responsibility to intervene through coercive measures.

Recently, the UN released a report concluding that both parties in the Syrian conflict are committing war crimes. While I agree that there are atrocities committed by various groups, to equate the actions of both ‘sides’ in the conflict is a crime in itself. Those reading the UN report fail to realize that the report itself was compiled by researchers outside of Syria in Antakya and Beirut. The report also fails to distinguish between the many factions of the Syrian Opposition; the Free Syrian Army acts in very different ways to extremist groups Jabat Al Nusra and Islamic Jihad. Bashar Al Assad’s government, however, is guilty of both crimes against humanity and war crimes on a mass scale.

The Syrian Opposition has been calling on the international community to intervene for over a year, so far their calls have fallen on deaf or unwilling ears. One of the main arguments causing the unwillingness to act is the fear that any weapons given to the Syrian Opposition will end up in the hands of the aforementioned extremist groups: Jabat Al Nusra (JAN) or Islamil Jihad. However the cost of not assisting the opposition could be very high indeed. The FSA’s lack of outside support has crippled their ability to provide food for the millions of people living inside ‘liberated areas.’ The desperate humanitarian situation provides the perfect environment for the spread of extremist ideology. The most powerful group, JAN is funded by Islamic fundamentalists living outside of Syria. They are using the money not only to buy arms but to provide bread for the local populations while using mosques to spread their ideas. Consequently JAN is growing more popular each day. The young men I spoke with had joined because the JAN fighters are the best equipped and while many of the FSA resist their dream of an Islamic Syrian Republic, they admit that they need their help in fighting the war. Come the end of the conflict it is uncertain what will become of groups like JAN. Ironically, if they were to lead a post-Assad Syria, they would control Syria’s stockpile of chemical weapons which are far more dangerous than the defensive weapons being asked for by the FSA.

However, even JAN cannot protect from aerial attacks, “The most pressing need is to stop the Government shelling, which has killed over 5,000 children,” FSA Commander Jamil Radoon tells me. “If even 5,000 cats were killed in America, France or Britain it would be a huge disaster,” adds Khaled Khattab, a former lawyer and now head of the Civilian Council in Qalaat Al Madiq. It is clear to the fighters on the ground that the only way to stop the regime’s shelling of civilian areas is for foreign powers to enforce a no-fly zone over northern Syria. This is an idea strongly opposed by two veto-wielding powers, China and Russia. Yet the majority of Syrians in liberated areas do not expect anyone to come to their aid. The fighters have all but given up on the hope of American anti-aircraft guns and munitions. So, they have begun making their own weapons, out of parts purchased in the USA. The parts are sourced through commercial sellers and smuggled through Turkey. When they reach Syria, they are assembled by those who studied engineering before the war.

While I admire Syrian ingenuity, the vast majority of their weaponry is secondhand Ak-47’s, firing against Tanks, Armoured vehicles, MiG fighter jets and heavy artillery. This means that in order to win this war alone, the price will be a huge loss of life. In less than two years the death toll is above 70,000 and it is growing at over three times the speed of the Iraq war. The Syrian people live in constant fear of shelling and in a perpetual state of humanitarian crisis. They have lost their faith in the international community.

The time for respecting Bashar Al Assad’s sovereignty is long past. He must be held accountable. As an international community we have a moral responsibility to protect and we have not. It is because of this I fear that when this war is over, and we expect Syria to once again join the international community, they will politely refuse, preferring instead to be a ‘rogue state’ like that of Iran or North Korea. I wouldn’t blame them.