Preet Bharara, the United States Attorney for the Southern District of New York, announced that RICHARD MELTZ, the former Chief of Police, United States Department of Veterans Affairs, at the Bedford Veterans Affairs Medical Center, was sentenced today in Manhattan federal court to ten years for conspiring to kidnap, rape, and murder the wife of a man he had met over the Internet, and a female Federal Bureau of Investigation agent working in an undercover capacity. MELTZ pled guilty before U.S. District Judge Paul G. Gardephe, who also imposed today’s sentence.


Manhattan U.S. Attorney Preet Bharara said: “Today’s sentence ensures that Richard Meltz will pay with his liberty for his role in a macabre conspiracy to kidnap, brutalize, and kill two victims that, fortunately, did not come to full fruition.”

According to the Information to which MELTZ pled guilty, statements made during the plea proceeding, and other court documents:

Between the spring of 2011 and January 2013, MELTZ, Robert Christopher Asch and Michael Van Hise engaged in a series of electronic email and instant message communications during which they discussed and planned the kidnapping, torture, and murder of Van Hise’s wife and other members of Van Hise’s family. Van Hise sent to MELTZ and Asch photographs of these family members, and the approximate location of their residence. MELTZ engaged in detailed discussions about kidnapping and brutalizing the proposed victims, and ultimately agreed with Van Hise and Asch to kidnap, rape, and kill Van Hise’s wife. The co-conspirators ceased active planning of the kidnapping when the FBI arrested New York City Police Officer Gilberto Valle for a related kidnapping conspiracy, and began investigating Van Hise.

In addition, beginning in approximately January 2013, MELTZ, Asch, and an FBI agent working in an undercover capacity (“UC-1”) began discussions about kidnapping a woman, who unbeknownst to MELTZ and his co-conspirators, was also an FBI agent working in an undercover capacity. MELTZ participated in multiple conversations with both UC-1 and Asch about the conspiracy’s objective to kidnap and commit acts of violence against the intended victim and other women. MELTZ advised Asch to obtain a stun gun to subdue the intended target, and based on MELTZ’s direction, Asch purchased a high-voltage Taser gun at a gun show in Pennsylvania, which they intended to use in the commission of the kidnapping offense. 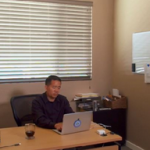