The explosion in legal tech ‘apps’ will result in some massive consolidation, says an expert in the area, Professor Daniel Katz.

Katz is professor of law at Chicago-Kent College of Law as well as having a major hand in legal tech himself, via his vice-president role in the global law tech company Elevate.


You can’t have 17 people doing the exact same thing, without a dime’s worth of difference,” he said. “The products are not that differentiated in most instances.


Platforms move towards monopolies at the platform layer. There’s lots of competition below. You can have a lot of competition among apps, but there can’t be 50 app stores – you can only have one, two or three

He said that there were already a number of big players in the market, whether it was LegalZoom or the Big Four accountants, who were already moving towards a “one-stop shop” or “app store for legal tech” that would result in a major consolidation of the legal tech marketplace.

Professor Katz said the app store would have minimum standards, and would enable new products to come to market much more quickly than they do now, in return for a fee.

He said it was “pretty hard” to justify the valuations of legal tech start-ups in the USA. Professor Katz said if he could “collectively short” all of them, he would, but not on an individual basis.

Professor Katz said the total number of legal tech start-ups providing what were “purported to be” AI products was “pushing 2,000”.

He also noted the exploding growth of the AI legal tech industry internationally, noting that “what began as a US-UK phenomenon is now an ‘everywhere phenomenon’”, including European countries like Finland, Russia, Germany, Denmark and Switzerland, as well as legal tech apps from countries like Israel, Brazil, Mexico, Africa and Asia.

Professor Katz said many of these companies claimed to be offering a “platform”, but were really offering a “point solution” – a specific solution that would not work once it was taken out of the “sweet spot” for which it was designed.

“We’ve had these two thousand point solutions bloom, which is one of the hallmarks of this period.”

He said the real challenge was to develop a “product services bundle”, to provide a more complete solution.

Meanwhile law firms, led by Dentons more than four years ago, had created “engagement frameworks” through tech accelerators. Other firms are also developing accelerators in the legal tech area also. 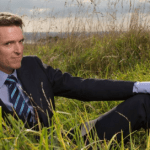 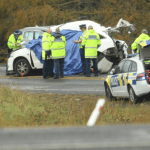