The demise of the 118-year-old Heller Ehrman has left questions about what went wrong. Heller died because its partners lost confidence in their leaders. And three critical decisions proved to be turning points on the road to Heller’s death.

When Heller Ehrman partners gathered at Santa Barbara, California’s Bacara Resort & Spa in March 2007, there was already reason to be concerned about the firm’s future. Several practice areas were slow. The firm’s national and global ambitions were in disarray. And partners were increasingly skeptical about management’s ability to address the problems. But that weekend they were determined to laugh at this somewhat worrisome predicament. The final night of the retreat featured a $300,000 skit. Performers from the Los Angeles Opera, accompanied by a professional orchestra, portrayed chairman Matthew Larrabee and other firm leaders frantically searching for a merger partner. “Some people were laughing, but I thought it was surreal,” says one former shareholder (Heller’s term for partner).

Eighteen months later, no one was laughing. Partners were flooding out the door and management couldn’t put together a merger. With no hope of rescue, the once 650-lawyer firm announced on September 26 that it was shutting down.

The demise of the 118-year-old Heller-which had little to do with larger economic events-has left questions about what went wrong. Firm management had long blamed the crisis on a decline in the firm’s marquee litigation practice that stemmed from the settlement of several large cases in a short time frame. But Heller shareholders and outside legal observers have debunked that analysis. “This firm has been through the ups and downs of litigation. I completely object to the reasoning that it fell apart because three cases settled,” says Stephen Ferruolo, who was one of the first shareholders to depart the firm in 2007.

Instead, Heller died because its partners lost confidence in their leaders. More than 80 shareholders left the San Francisco-based firm in 2007 and 2008, some embittered, some merely frustrated, by a roller coaster of ever-changing strategies, faltering financials, and less-than-candid communication. Those who remained to the end shared the frustration. “I thought I would finish my career at Heller Ehrman,” says Nancy Cohen, who served as the last managing shareholder of the Los Angeles office. “I went from thinking that, to realizing I might have to leave if we did a merger that would not include the insurance recovery group, to accepting that we are dissolving.”

What went wrong? “It was as avoidable as it is regrettable that this happened,” says one former member of the policy committee. Three critical decisions, according to the more than a dozen onetime Heller partners interviewed for this story, proved to be turning points on the road to Heller’s death. They are specific to this firm, but they also provide broader lessons.

Decision One, December 2004: The policy committee denies Barry Levin a third term.Heller tradition dictated that the firm’s chairman serve no more than two three-year terms. That policy was never much of an issue when Heller was a respected but fundamentally local law firm. As it became a half-billion-dollar far-flung business toward the end of Barry Levin’s term in 2004, at least three members of the firm policy committee suggested that Levin continue as chairman. Levin was a well-liked leader in the firm. He had pushed Heller to expand and become a national player, bringing in expensive laterals in New York and Washington, D.C.The firm had prospered under Levin, but the success of his strategy was far from clear. According to Heller sources, Levin was of two minds about staying on. He asked a Seattle partner to measure the attitude of the firm. The Seattle partner’s report: Levin should step down. Larrabee, a successful litigator with a dry but barbed sense of humor, would take his place.

It was a typical Heller decision in that it was based at least in part on maintaining good relations among the partners. Years earlier, the tenure of Levin’s predecessor as chairman, Robert Rosenfeld, was limited to two terms. “We were concerned if we changed things, Larrabee’s feelings [would] be hurt and Rosenfeld’s feelings [would] be hurt,” says one shareholder of the 2004 decision.

Shareholders say it would be unfair to blame Larrabee’s ascension for the firm’s demise. He inherited a flawed strategy. And the fabled Heller “glue” proved less durable than many would have predicted. But in hindsight, several partners argue that Levin might have been better suited to keeping partners in the fold. “Levin certainly listened to a lot more people,” says one former shareholder. “He was good at bringing partners along and forming consensus.”

Decision Two, Spring 2005: Heller botches its downsizing.A flash report for the first two months of 2005, which was distributed days before Larrabee’s election as chairman in March, projected an annual utilization rate of 1,600 hours per lawyer-300 hours less than Heller’s target. Management responded with a preliminary plan to chop head count. Heller was never an up-or-out shop, so the firm had a thick layer of “special counsel” and partners with little business-lawyers Heller couldn’t afford to keep.

But the reduction plan was hobbled by months of politicking by partners anxious to protect their favorites. In the end, about 60 attorneys, mostly special counsel, were shown the door. It wasn’t a deep enough cut: According to one former shareholder, the total should have reached 100 and should have included more service partners. “We didn’t do enough,” says one former shareholder. “You only get one chance to do something like that.” There was still too little work to go around, and Heller’s profits continued to lag behind those of other Bay Area firms, such as Orrick, Herrington & Sutcliffe and Morrison & Foerster. Even worse, the cuts began transforming a firm known for its collegiality into one with lots of sharp elbows.

Decision Three, Summer 2006: Heller reverses course and plans a major expansion.In the summer and fall of 2006, Heller had two options. It could severely curtail its ambitions, or it could continue the growth strategy that foresaw the firm as a 1,000-lawyer national operation. At the time, that plan didn’t appear to be succeeding: Heller had unfilled space for 450 lawyers in offices around the country and was losing money in Asia. Nevertheless, instead of retrenching and addressing the then nascent unrest, Larrabee and the policy committee announced a plan to increase Heller’s head count to 1,500 attorneys. The following year, the firm opened offices in London and Shanghai and made a few lateral additions in domestic offices. But management never articulated how it would execute the new growth plan when it had failed with the old one. 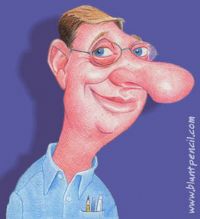 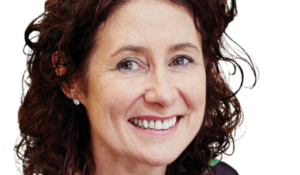