The divorce of Halle Berry and Oliveri Martinez has brought together two of Hollywood’s most powerful – not actors! – but lawyers.

The divorce is to be “amicable” (aren’t they all?) but the couple have high profile, high powered lawyers in their respective corners.

In Ms Berry’s corner is Stephen Kolodny, who has counted Mel Gibson and Lisa Bonder Kerkorian among his clients.

Berry and Martinez announced their divorce earlier this week after two years of marriage. As People reports, the couple first met on the set of the film Dark Tide in 2010 and wed in 2013.

Laura Wasser, is a partner with her father, Dennis Wasser at a prominent Los Angeles family law practice, and shares a top reputation as a smart divorce operator in LA.

“Everyone knows Laura,” says L.A. family law attorney Atousa Saei. “She is the celebrity of celebrity divorce attorneys. She has a very cool and calm demeanor.” 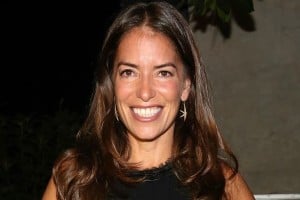 Wasser is considered an expert at settling cases and protecting her clients from the media onslaught. She is the author of It Doesn’t Have to Be That Way: How to Divorce Without Destroying Your Family or Bankrupting Yourself.

“She is very good about keeping the client’s confidences and very good at resolving complicated divorce issues out of the media,” says another L.A. family law expert, Steve Mindel. “The classic example would be Tom Cruise. There is not a lot of discussion about her clients unless the clients specifically ask for it.”

Wasser is facing off against veteran divorce attorney Kolodny, who’ll be working hard to protect Berry’s estimated net worth of around $70 million in 2012, according to Forbes.

Kolodny, who has practiced law since the ’60s, is a Boston University School of Law graduate who represented Mel Gibsonin his child custody battle with his ex-girlfriend Oksana Grigorieva, and Lisa Bonder Kerkorian, the former wife of billionaire Kirk Kerkorian, among other high-profile clients.

“Stephen is the best in the field,” says well-known criminal defense attorney Mark Geragos. “He is a wonderful tactician, courtroom lawyer and the preeminent lawyer in the field. Stephen takes control of the courtroom. Laura is a formidable opponent. But Stephen is the éminence grise of the family law bar.”