In the midst of the coronavirus lockdown, the legal fight between Meghan Markle and Prince Harry commenced in London, via a virtual hearing, with a successful but relatively little known legal powerhouse and a go-to celebrity barrister who acted for Prince Harry’s mother, Princess Diana, firing the legal shots for the Sussexes.

Schillings doesn’t make any announcements on-site about the fight and their clients, the Duke and Duchess of Sussex. Using the nifty ‘Find the Fix, Control the Crisis’ tagline on their site, the firm has cut out an interesting niche in the crisis management space, with a focus on data and privacy breach issues – all key legal areas to occupy in an age of increasing surveillance.

Sherborne represented the Sussexes at the hearing on Friday, which took place virtually in front of the High Court’s Mr Justice Warby (of the Queen’s Bench Division). Reortedly the Duke and Duchess listened to the hearing remotely from their new home in Los Angeles.

The claim filed by Schillings from the Duke and Duchess is for alleged misuse of private information relating to a letter Meghan Markle wrote to her father is one that will further place the spotlight on both the Sussexes and the wider, Royal family.

The tabloid press, who the Duke and Duchess so despise, will hardly hold back on coverage of the claim involving misuse of private information, infringement of copyright and breach of the UK Data Protection Act 2018.

Theaction, brought by Meghan Markle is against Associated Newspapers Ltd, publisher of the Mail on Sunday and MailOnline, over the article which reproduced parts of a handwritten letter she sent to her father, Thomas Markle.

In court documents outlining Meghan’s claim against the publisher, her solicitors say that the letter was “obviously private correspondence” and she did not expect the contents to be made public – and with no warning.

The Daily Mail has reported that five of Meghan Markles’ best friends could be called to give evidence as to whether they colluded with her to reveal the letter that was sent to her father. They would be questioned under oath if the duchess was aware about their providing interviews to the media and mentioning the letter.

Meghan Markle raised the stakes further with her emhatic denial of any such collusion, via her ‘privacy lawyer to the stars’, David Sherborne.

David Sherborne, said during Friday’s hearing that the publisher “disclosed to the whole world the detailed contents of a private letter of a daughter to her father.”

Sherborne said Associated Newspapers had “harassed” Megan’s father, Thomas Markle, manipulated him into giving interviews and taken other actions for the purpose of “stirring up” a dispute between Markle and his famous daughter.

The lawyer representing the publishing company, Anthony White, said in court papers that Meghan’s lawsuit alleged “seriously improper” and deliberate conduct “to the effect that the defendant’s motive was to seek to manufacture or stoke a family dispute for the sake of having a good story or stories to publish.”

White asked the judge to strike the claim ahead of a full trial in the case, arguing that the publisher’s motivation was “irrelevant to the claim for misuse of private information.”

The loss has been described as both a ‘disaster’ and a ‘humiliation’ by lawyers after she lost the first round of her legal battle with the Mail on Sunday.

Significant parts of her case against Associated Newspapers were dismissed as ‘irrelevant’, ‘inadequate’ and ‘impermissibly vague’ by senior judge Justice Warby who heard the claim of the tabloid campaign against her.

The judge also struck out her allegations that journalists had acted dishonestly and had caused the rift between her and her estranged father Thomas by ‘digging up dirt’ to portray Meghan in a ‘negative light’.

Mark Stephens, a partner at Howard Kennedy said that the ruling was an ‘absolute victory’ for the Mail on Sunday after the judge threw out ‘significant ill-advised parts of her claim’.

He said: ‘For Meghan this judgment is a like a train ploughing into a petrol tanker on a level crossing. It is a complete disaster. She’s been humiliated today. Every complaint by Associated Newspapers has been completely and utterly vindicated by the judge’. 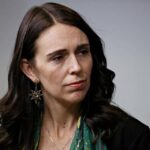