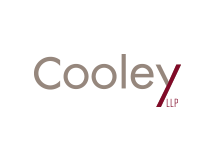 A virtual currency is “a digital representation of value that is neither issued by a central bank or public authority nor necessarily attached to a [fiat currency]2, but is used by … persons as a means of exchange and can be transferred, stored or traded electronically”.

A virtual currency is not necessarily the same as:

Strictly, virtual currencies are not:

There are more than 6004 virtual currencies in use around the world today. Bitcoin is one of the best known and most widely used in Europe and North America.

What is Bitcoin, and how does it work?

Bitcoin is an example of a virtual, digital and crypto-currency. A network of computers is used to create and maintain a digital file. The file includes “accounts”, “credits” and “debits”. These credits and debits have a Bitcoin value. They also have a “real-world” value because people are prepared to sell goods and provide services in exchange for an increase in the value of their Bitcoin account, and they believe others will do the same.

If the owner of one account wants to transfer value to the owner of another, he sends a message to the computers in the Bitcoin network. The message sender uses a “private key” to create and embed a transaction-specific digital signature in his message. Each computer in the network tests the signature against a “public key” to make sure it has been created by the person who owns the “private key” and the Bitcoins associated with it. If it has, the computer updates its copy of the digital file and sends the message to one or more of the other computers in the network. When every computer has received the message and updated its copy of the file, the Bitcoin value has been transferred from one account to the other.

The “public key” holds less information than the “private key”, and the keys are digital. This makes them more secure than passwords. It can also deliver complete payor / payee anonymity.

Strictly, the “credits” and “debits” are lists of input and output transactions, and the accounts do not have “balances”. Before an account owner can transfer value to the owner of another, he must reference enough Bitcoin transactions to demonstrate that he has enough unspent Bitcoins to make the proposed “payment”. When the payment instruction is given, the computers in the Bitcoin network check the previous transactions to make sure that each of these tests is met. The links between the transactions are used to pass Bitcoin ownership along in a “chain”. The validity of each transaction therefore depends on the validity of the earlier transactions.

To stop fraudulent double spending and payments “bouncing”, the Bitcoin system also uses a “blockchain”. Bitcoin transactions are gathered into groups or “blocks”. Each block is digitally linked / cross-referenced to the one before it in a blockchain. Transactions in the same block are considered to have happened at the same time, and transactions that are not yet in a block are regarded as “unconfirmed”. The blocks are filled and ordered by the computers in the Bitcoin network but, for technical reasons, “payment” transactions can move into and out of several blocks before they come to rest. It is therefore usual for vendors to wait for an hour after receiving a Bitcoin payment before regarding it as “cleared” and shipping their goods.

The advantages of Bitcoin

The most commonly cited advantages of Bitcoin are:

The risks associated with Bitcoin

The most commonly cited Bitcoin risks include:

The Bank of England believes there are £60 million worth of Bitcoins circulating in the UK economy, and that 300 UK Bitcoin transactions are carried out each day.5

Each of these things seems significant, and it is. However, £60 million is less than 0.1% of the sterling notes and coins currently in issue, and less than 0.003% of broad money. Further, the European Banking Authority believes that the number of Bitcoin transactions has never exceeded 100,000 per day across the globe, compared to the 295 million conventional payment transactions that take place in Europe alone.

The European Banking Authority (EBA) argues that virtual currencies should be regulated at a European level to protect consumers, enhance financial stability, and reduce the risk of financial crime. The EBA also argues that pan-European regulation would enhance the single European market. It has therefore invited the European Parliament, Council and Commission to develop an appropriate virtual currency regulatory regime that includes:

It is likely to be some considerable time before a regime of this type is developed and brought into force. In the meantime, the EBA has recommended that:

Some national supervisory authorities are considering whether and, if so how, to discourage relevant institutions from buying, holding or selling virtual currencies (although the UK does not appear to be among them). It is not yet clear whether / when European Union legislators will declare relevant market counterparties as “obliged entities”.

The UK has five potential virtual currency regulators: the Bank of England, the Prudential Regulation Authority (PRA); the Financial Conduct Authority (FCA), the Payments Systems Regulator (PSR) and Her Majesty’s Treasury.
The Bank of England does not believe that “Digital currencies … pose a material risk to monetary or financial stability in the United Kingdom”. It is not therefore proposing to do any more than monitor developments, for the time being.

The PRA regulates banks, insurers and designated asset managers. It does not therefore seem to have the power to fully regulate virtual currencies unless the law is changed.

The FCA has established an “Innovation Hub” to help innovators develop fintech products and services that meet the Authority’s requirements. It has also published a “Project Innovate: call for input” (11 July 2014), and feedback statement “FS14/2 Project Innovate: Call for Input—Feedback Statement” (October 2014), but there is nothing in any of these things which suggests that the FCA is proposing to regulate virtual currencies either.

The PSR has been established, HM Treasury has consulted on the systems and entities it will require and empower the PSR to regulate, and the PSR is consulting on its approach to regulation. HM Treasury will decide what to require and empower the PSR to regulate before, and PSR regulation will begin these things on, 1 April 2015. At this stage, it is clear that the PSR will regulate “the largest and most important payment systems which, if they were to fail or to be disrupted, would cause serious consequences for their users.” And HM Treasury has proposed that this should mean “the main interbank payment systems, namely Bacs, CHAPS, Faster Payments Service (FPS), LINK Cheque and Credit Clearing (C&CC) and … the two largest card payment systems in the UK, MasterCard and Visa.” The consultation papers do not mention virtual, digital or crypto-currencies, nor do they mention Bitcoins, suggesting that the PSR will not regulate any of these things in the short or medium term either.

Separately, HM Treasury has published a “Digital currencies: call for information”. This is part of “a major programme of work looking into digital currencies and associated technologies, with a particular focus on whether they should be regulated. The government is … considering the benefits offered by digital currencies and the technology that underpins them, and whether it should take action to support innovation in this area. At the same time, the government is examining the risks presented by digital currencies, and assessing whether action is required to mitigate any concerns”. The call for information closed on 4 December 2014. It is not clear when HM Treasury will publish its response and proposals (if it will, and if any).

We have considered how likely it is that the UK will begin to regulate virtual currencies in 2015 in a separate blog, which is available here.

In most States, businesses offering financial services in virtual currencies are required to register as money transmitters, and to comply with anti-money laundering rules. The authorities have already used breaches of these requirements to close several virtual currency businesses including, for example, Liberty Reserve6, Silk Road7 and Western Express International.8

On 23 July 2014, the New York State Department of Financial Services (DFS) said that it was proposing to adopt a Bitlicencing regime. Draft legislation was published for consultation, and many responses were received. At the end of December 2014, the DFS published Superintendent Benjamin Lawsky’s initial response: the regime would be amended, and published for further consultation. The second consultation began on 4 February 2015, and it will close at the beginning of March. A final version of the Bitlicence regime is expected after that.

Under the Revised Bitlicence Framework, a business that engages in one or more of the following virtual currency activities will need a Bitlicence:

Merchants and consumers using a virtual currency to buy or sell goods or services; and firms chartered under the New York Banking Law to conduct exchange services will not need a Bitlicence if (in the latter case) they are also approved to engage in virtual currency business activities. The Revised Framework also clarifies that the development and dissemination of software in and of itself will not require a Bitlicence.

An application for a Bitlicence will require an entity that carries on any of the above business activities to include (for example):

Bitlicence holders will be required (for example) to:

It is not yet clear when the DFS will publish the final version of its Bitlicence regime, or when the regime will come into force.

It is unlawful for authorised financial services firms domiciled in China to buy, hold or sell virtual currencies. 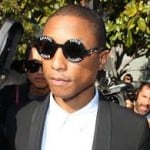 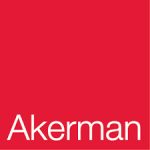