You are here: Home / Latest News / The Right to Die 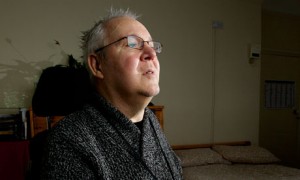 After the right to life, is the right to die one of our most basic rights?  Or should it be?  The English Court of Appeal have just considered the matter in the case of Leeds man Paul Lamb, 57, who sought the leave of the court to permit his doctors to let the paralysed man die.  The Court refused.

The Guardian reports that the  “right to die” case originally brought by Tony Nicklinson, a sufferer of “locked-in syndrome” who died last year, and a week after losing his high court euthanasia battle.

Nicklinson’s widow, Jane, supported the appeal against the previous judgment which, she said, had condemned her husband to a life he no longer wanted to lead. Both want to overturn the prohibition on doctors helping to end the lives of their patients.

By a two-to-one majority, however, the judges did uphold another appeal by a man, known only as Martin, who is suffering from “locked-in syndrome”. He is seeking clearer guidance about whether any doctor of nurse who accompanied him to a suicide clinic in Switzerland would be prosecuted.

Lamb and Nicklinson’s lawyers argued there should be a defence of necessity available to any doctor assisting someone to die and that the current law of murder is incompatible with the right to respect for private and family life under article 8 of the European convention on human rights. That article includes a right to autonomy and self determination at the end of life.

The case was heard by a high-ranking bench of judges: the lord chief justice, Lord Judge, the master of the rolls, Lord Dyson, and Lord Justice Elias.

Earlier this year Lamb, a father of two like Nicklinson, told the Guardian in an interview at his home in Leeds that he wanted the right to end his life at a time and place of his choosing. “When the end comes, I want it to be in here, in that bed,” he said, jutting his head towards the bed in his house in the Bramley area of the city. “I want to end my life in a peaceful, dignified way.”

Dismissing Lamb and Nicklinson’s appeal, the judges said that a blanket ban on assisted suicide or euthanasia is a “proportionate interference” with their article 8 rights in relation to their self-determination at the end of their life.

The second claim was brought by Martin who wants clearer guidance from the director of public prosecutions about what action might be taken against medical staff who accompany a patient to the Dignitas clinic in Switzerland.

Lords Dyson and Elias said: “In our judgment, the [DPP’s] policy is in certain respects not sufficiently clear … in relation to healthcare professionals. It is not surprising that they are reluctant to assist victims to commit suicide.\

“… It is not impossible or impractical to amend the policy so as to make its application in relation to cases [involving those who are not members of a patient’s immediate family] more foreseeable than it currently is.”

Lord Judge, however, opposed his request, insisting that the “answer must be, and always has been, that the law relating to assisting suicide cannot be changed by judicial decision”.

He added: “The repeated mantra that, if the law is to be changed, it must be changed by parliament, does not demonstrate judicial abnegation of our responsibilities, but rather highlights fundamental constitutional principles.”

Lawyers for Lamb and Nicklinson said they would appeal to a higher court against their judgment. Saimo Chahal, the solicitor from the law firm Bindman who acted for Jane Nicklinson and Lamb, said: “It is inevitably disappointing for my clients that the court has decided against them. They are considering grounds of appeal to the supreme court.

“It is literally a life and death issue for Paul and there is no prospect of parliament adjudicating on the issue any time soon – so there is but one option open to Paul and that is to try and persuade the courts that his concerns and real and legitimate.

“They are also shared by thousands of other people who want this issue to be resolved. It is wrong that people should be condemned to a lifetime of misery when they want to die. It is wrong that a good death should be denied to people in Paul’s situation.”