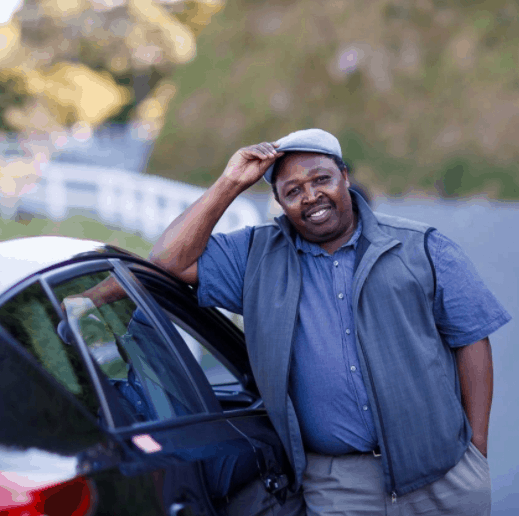 Seeking a law job can be challenging, but being an Uber-driving former Judge is a challenge that few lawyers may tolerate easily.

Not for former Zimbabwe High Court Judge Ben Paradza who fled his homeland after being convicted for conspiring against former tyrant, the now deposed Robert Mugabe.

The then-Judge fled Zimbabwe following a corruption conviction after he overturned a decision to evict 54 white Zimbabwean farmers, leaving his wife and three children as he was smuggled across the border to South Africa.

Fifty nine year old Ben eventually arrived in New Zealand where he had achieved refugee status after living in fear even in South Africa, where many of Mugabe’s agents sought him and others out as opponents of the Mugabe regime.

“While I was in South Africa I had very little contact with my family. I could only contact them through other people because it was too risky. The calls could have been traced and they would have been tortured for my whereabouts,” he said.

Despite having been one of the highest ranking Zimbabwe judges, Ben has had to study for a New Zealand law degree to be admitted to the bar here and has worked for a Porirua community law centre, as well as currently driving an Uber.

“A lot of people would say that it is a long way to go from being a judge but I don’t see it like that,” Ben told Stuff some years ago.

“I just feel like a normal person, a lawyer who is here to make a difference and help as many people as I can

He said New Zealand had been a welcome change after feeling the full brunt of the oppressive Mugabe regime, which has been criticised by the United Nations for its horrific abuse of human rights.

Despite his new-found love of New Zealand, Paradza says he hopes one day to be able to return to his homeland one day.

I’m currently pursuing my Masters in Law. Uber helps pay the bills and keeps me going’