According to evidence presented at trial, from January 2005 to August 2014, Dorothy Matsuba, Jamie Matsuba, Thomas Matsuba and others engaged in a scheme to defraud financially distressed homeowners by offering to prevent foreclosure on their properties through short sales. Instead, the conspirators rented out the properties to third parties, did not pay the mortgages on the properties, and submitted false and fraudulent documents to mortgage lenders and servicers to delay foreclosure. The evidence further established that the conspirators obtained mortgages in the names of stolen identities. The defendants also used additional tactics, including filing bankruptcy in the names of distressed homeowners without their knowledge and fabricating liens on the distressed properties, the evidence showed.

An indictment is merely an allegation and all defendants are presumed innocent until proven guilty beyond a reasonable doubt in a court of law.

This case was investigated by the FBI, FHFA-OIG, IRS-CI, the U.S. Attorney’s Office for the Central District of California, and the Los Angeles County Sheriff’s Department. Trial Attorney Niall M. O’Donnell, Senior Litigation Counsel David A. Bybee and Trial Attorney Jennifer L. Farer of the Criminal Division’s Fraud Section are prosecuting the case. Senior Trial Attorney Nicholas Acker previously worked on the investigation. Individuals who believe that they may be a victim in this case should visit the Fraud Section’s Victim Witness website for more information. 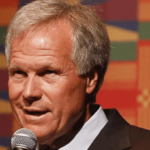