2017 was a relatively quiet year for major class action news, especially in the Supreme Court, which addressed only a handful of cases that might have an impact on class actions and reached decisions only in a couple of those cases. However, there were at least enough noteworthy developments to put together a top 10 list.

Here are my top 10 class-action-related developments of 2017:

For an excellent summary of the Baker decision, see this Aug. 9, 2017, write-up by Andrew Serrao.

One key area affecting class actions in which the Supreme Court showed interest is the tolling effect of a pending class action on statutes of limitation or repose, often referred to as American Pipe tolling. In June, the Court decided CalPERS v. ANZ Securities, Inc., 137 S. Ct. 2042 (2017), in which it held that suits by opt-outs to a class action under the Securities Act of 1933 were time-barred if their individual claims were not brought within the three-year statute of repose applicable to claims under Section 13 of the act and that American Pipe tolling did not apply.

More recently, the Court granted certiorari in China Agritech, Inc. v. Resh, __ S. Ct. __, 2017 WL 4224769 (Dec. 8, 2017), in which it is expected to decide whether American Pipe tolling applies to toll subsequent class action claims, rather than simply tolling the individual claims of the putative members of an earlier class action. 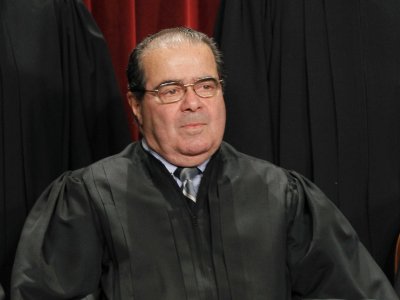 Before his death in 2016, Justice Scalia had emerged as an outspoken skeptic of class actions, authoring opinions in cases such as Wal-Mart Stores, Inc. v. Dukes, 564 U.S. 338 (2011), and Comcast, Inc. v. Behrend, 569 U.S. 27 (2013), in which he criticized with colorful and oftentimes caustic language the procedural shortcuts that lower courts had taken in certifying class actions, as well as opinions such as AT&T Mobility LLC v. Concepcion, 563 U.S. 333 (2011), which have had the effect of significantly curtailing the types of lawsuits that can proceed as class actions at all. Before the election of President Trump in November 2016, it appeared that Scalia’s voice would be replaced by that of a jurist with a more liberal philosophy. But that changed after Senate Republicans blocked the nomination of President Obama’s nominee, D.C. Circuit Judge Merrick Garland, and then Trump won the election and nominated a fellow textualist and avowed admirer of Scalia to replace him on the Court.

Conventional wisdom says that Gorsuch should follow a consistent approach to Scalia’s on both class-action-related issues. But history has shown time and time again that each new member of the Court develops his or her own voice, and it remains to be seen whether Gorsuch will carry Scalia’s torch as the Court’s most outspoken class-action skeptic.

In March 2017, the U.S. House of Representatives passed H.R. 985, titled the Fairness in Class Action Litigation and Furthering Asbestos Claim Transparency Act of 2017. If it becomes law, the bill would add certain requirements to class certification in federal court, including a requirement that damages claimed on behalf of class members be of the same type and degree. So far, the Senate has taken no action on the bill, and its future remains in doubt. For a more in-depth discussion of the bill, see my March article published in the ABA Section of Litigation Class Action and Derivative Suits quarterly newsletter (ABA membership required). 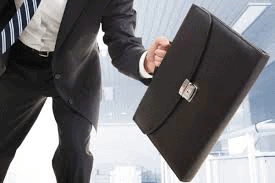 5. The Fate of Class Action Waivers in Employment Agreements Hangs in the Balance

In October, the Court held oral argument in a series of consolidated appeals of decisions by the National Labor Relations Board striking down class arbitration waivers (arbitration clauses that prohibit individuals from pursuing claims on a class basis) in employment agreements on the grounds that they violated workers’ rights to collective action under the National Labor Relations Act. The lead case is Ernst & Young LLP v. Morris, 137 S. Ct. 809 (2017).

Employers argue that the waivers are valid arbitration agreements under the Federal Arbitration Act, which the Court has repeatedly held are enforceable despite arguments that they are unconscionable as a matter of both state and federal laws. Questioning during oral argument suggests a divided Court, and the case may be the first opportunity to test whether Justice Gorsuch will be carrying on Justice Scalia’s class-action legacy.

Seventh Circuit Court of Appeals Judge Richard Posner may have had the most impact on class-action practice of any jurist not sitting on the Supreme Court.

One of the key Supreme Court developments from 2016 that had a potentially significant impact on class actions was its ruling in Spokeo, Inc. v. Robins, 136 S. Ct. 1540 (2016), recognizing a “concreteness” element to Article III standing and holding that litigants lacked standing to assert a claim for statutory damages unless they could satisfy that element. However, rather than deciding whether the injury alleged in Spokeo itself – dissemination of false information about the plaintiff that actually improved his credit profile – was sufficiently concrete, the Court remanded the case to the 9th Circuit for further proceedings.

In August 2017, the 9th Circuit issued its ruling on remand, finding that the plaintiff had alleged a sufficiently concrete injury notwithstanding that the misreported information may have been favorable, because the court found it was not a mere technical violation and had the theoretical potential to cause harm.

With a few notable exceptions, most other lower courts to address the Spokeo concreteness requirement have declined to dismiss cases for lack of standing, suggesting that the decision will have a much more limited lasting impact than many had hoped.

8. The Plot Thickens on Ascertainability, but No Uniformity or Clarity

One of the key questions facing federal courts in deciding whether to certify a case as a class action is whether the class has to be defined in such a way that the class members are ascertainable.

The “ascertainability” requirement is not an express element of Rule 23(a) or (b), but some courts have held that it is implied. The federal circuit courts of appeals have been split for several years on whether and to what extent ascertainability is a prerequisite to class certification, especially in the context of a class action for money damages.

So, while there were developments on the ascertainability question in 2017, the circuit split persists, and in some cases there is little clarity even within a particular circuit.

In July, the Consumer Financial Protection Bureau (CFPB) published a final rule that would have banned pre-litigation class arbitration waivers in contracts issued by providers of consumer financial products or services. The rule would have opened the doors to significant class action litigation against the banking industry. For more, see this July 18, 2017, article from the BakerHostetler Financial Services Blog.

However, the ban never went into effect, as the Senate voted in October to kill the proposed rule. The vote was 50-50, with Vice President Pence casting the tie-breaking vote.

One of the hottest areas of consumer class action litigation is litigation brought under the Telephone Consumer Protection Act (TCPA), which prohibits a variety of telephone, fax and text message communications without prior consent. The TCPA is an appealing statute for plaintiffs’ class action attorneys because it applies to industries that make large volumes of calls or other communications and provides for statutory damages of between $500 and $1,500 per violation.

Adding to these factors are a series of changing interpretations by the Federal Communications Commission (FCC) in recent years, which have made compliance with the statute increasingly difficult and confusing for potential defendants. Several of these FCC rulings have been the subject of legal challenges, and this past year, the District of Columbia issued a decision in Bais Yaakov of Spring Valley v. FCC, 852 F.3d 1078 (D.C. Cir. 2017), striking down an FCC ruling that had required senders of faxes to include opt-out notices on both solicited and non-solicited fax messages. For more, see Rand McClellan’s November 2017 summary of a subsequent Northern District of Illinois order applying Yaakov to deny class certification.

Many TCPA litigants are awaiting another challenge to FCC rules promulgated under the TCPA, now pending before the D.C. Circuit in ACA International v. FCC, Case No. 15-1211 (D.C. Cir. filed Nov. 25, 2015). At issue in ACA International is the FCC’s broad interpretation of what constitutes an Automatic Telephone Dialing System (ATDS or “autodialer”) and its rule imposing constructive knowledge of reassigned telephone numbers following the first call made after reassignment. Although the case was argued in October 2016, the court has yet to issue its ruling.

For a more comprehensive look at the key class action-related developments of 2016, stay tuned for the BakerHostetler 2017 Year-In-Review, coming soon…