You are here: Home / Law Jobs / So Who Are the Top Law Schools This Year? 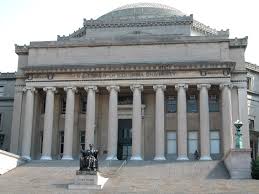 The Law.com rankings – or the “go to” law schools are ranked by the percentage of graduates from 2017 who took associate positions at the 100 largest US law firms based on headcount.

The offer rates for associates from the top schools can be eye-watering, particularly for lawyers who have no idea where or when they might get a law job anywhere. Things are looking up in hiring terms with Big Law.

Law.com reported that the top 100 firms brought in over 4000 recent law graduates and of the 50 schools that are most popular with those firms, 29 per cent of last year’s graduates scored associate jobs.

And associate jobs with entry level salaries at $180,000 the prized positions remain high.

And the top law school – Columbia Law – was able to secure its top spot by maintaining a strong alumni network with the biggest first but by also sustaining an “elite reputation”, as Law.com said.  Plus, it has the advantage of being in the country’s largest legal market.

More than two-thirds of the Manhattan school’s 2017 graduates, 68 percent, are now working as associates at the country’s biggest law firms.

That strong showing earned Columbia the top spot on Law.com’s annual Go-To Law Schools report. This marks the fifth straight year it has landed at No. 1 on our list, which ranks the 50 law schools with the highest percentage of recent juris doctor graduates landing lucrative associate jobs at the 100 largest law firms in the country.

But summer programs are on the wane.

“We’re not seeing nearly as many firms growing their summer programs,” said Chicago’s Willard. “When your entry-level salary has jumped to $180,000, you’re going to be more careful about how many people you bring in. ”