You are here: Home / featured / An Immigrant Lawyer Handles The Case Against Trump

If you’re going to get into a fight with Donald Trump you need a good lawyer – that much is a given. And Univision’s battle with Trump over their cancellation of the Miss USA show is a case in point.

They have hired Miguel Estrada, a Honduras-born Harvard Law grad, who is to defend Univision’s decision to walk away from Trump after the Republican candidate said Mexicans were “rapists.” 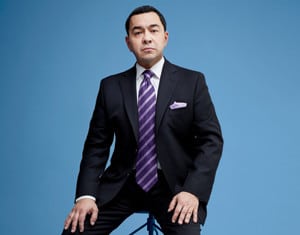 And Univision have undoubtedly made a good choice. Estrade, a partner with Gibson Dunn & Crutcher is a lawyer with a good background and is set to defend his client over Trumps $500 million lawsuit over cancelation of the network’s broadcast of the Miss USA Pageant.

Hollywood Reporter says Miguel Estrada will be leading the charge against Trump’s claims that Univision breached contract and the covenant of good faith and fair dealing by walking away from a $13.5 million licensing deal. Along with Randy Mastro, co-chair of the firm’s litigation practice, the legal team will also will be representing Univision president of programming and content Alberto Ciurana, who allegedly committed defamation by comparing Trump to Charleston, S.C., shooter Dylann Roof on Instagram.

Trump filed suit after Univision said it could no longer air the pageant following Trump’s June 16 remarks declaring his candidacy for presidency. During that speech, Trump gave his views on the need to crack down on Mexicans crossing the border illegally. “They’re bringing crime,” he said. “They’re rapists.”

Now, Trump will meet Estrada, who was born in Honduras and immigrated to the United States at the age of 17. With an eye on the American Dream, Estrada got his bachelor’s degree from Columbia University and his law degree from Harvard University. He clerked for U.S. Supreme Court justice Anthony Kennedy.

It was his connections to the Bush family that helped cement his fame in the legal community.

He began working in the Justice Department and rose to Assistant to the Solicitor General of the United States during the presidency of George H.W. Bush. He was part of the team that represented George W. Bush in the Bush v. Gore case, turning the fortunes of the 2000 election. And soon after Jeb Bush’s brother took office, that favor was repaid with a nomination to the DC Circuit Court of Appeals.

Estrada’s nomination was controversial — the People for the American Way called him the “Latino Clarence Thomas” — and after a two-year fight with Democrats, Bush’s nomination was withdrawn.

Since then, Estrada has been one of the nation’s leading appellate lawyers — The American Lawyer’s “Litigator of the Year” in 2014 — and has gotten into a number of important battles for the entertainment industry.

And Estrada has represented Comcast and NBCUniversal for years in fights against the Federal Communications Commission over such issues as net neutrality, carriage discrimination and “fleeting expletives.”

NBC, of course, was the broadcast home of The Apprentice and a joint venture partner with Trump on Miss Universe. The remarks that have led Univision to back away from Trump have also created difficulties for NBC, which made its own decision to not broadcast the beauty pageant. Trump has threatened a lawsuit against NBC, though one hasn’t been filed quite yet.

Mastro brings his own Republican connections to the battle. He served in the Justice Department in the 1980s and spent time as the chief of staff to former New York Mayor Rudy Giuliani.

The team’s first order of business came on Friday when they had Trump’s lawsuit removed from New York state court to federal court.