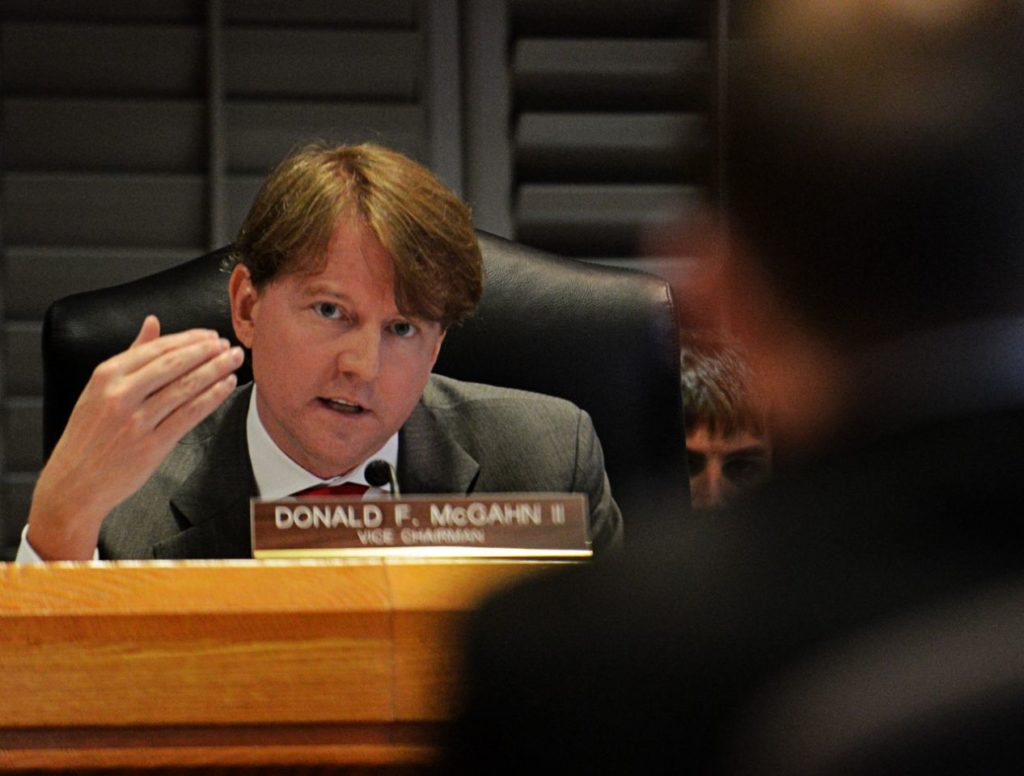 Donald Trump and his presidential campaign has embodied all sorts of controversies and contradictions, but the lawyer his campaign hired is also from a firm that is fighting deportation of thousands of refugees from Central America.

Donald F McGahn is a former Republican chairman of the Federal Election Commission and a Jones Day partner.

The firm has received almost $600,000 from Trump for its work to date, kincluding beating a legal challenge seeking to keep him off New Hampshire’s primary ballot.

But the firm is also actively engaged in helping refugees from El Salvador, Honduras and Guatemala from being deported – a class of around 100,000 people.

“Over 150 lawyers from almost every U.S. office, and some international offices, are involved in this extraordinary team effort,” Jones Day says on its website, including videos of its work in the area.

“Currently our lawyers are representing individual mothers with children and unaccompanied children in cases in immigration courts and state courts throughout the country.”

The sheer scale of the pro bono work Jones Day is undertaking in the area is something that could be an embarrassment for Trump – that is if anything can embarrass him.

The work earned the firm a pro bono award from the ABA.

“I find it highly amusing and somewhat heartening to know that Donald Trump is indirectly subsidizing the defense of undocumented immigrants through Jones Day,” said Liz Mair, a Republican consultant who founded a super-PAC, Make America Awesome, that was trying to stop Trump’s candidacy. “I can only imagine what the partners meetings are like.”

Yahoo News reported that a Jones Day spokesman did not respond to a request for comment — and two senior partners reached by Yahoo News declined to say anything, on or off the record, about the firm’s work for Trump.

But after McGahn hosted a meeting at Jones Day’s offices near Capitol Hill last March between Trump and top Republican leaders, some firm lawyers were appalled and raised questions about the high-profile client at one firm meeting, according to a recent report by David Lat, who writes the Above the Law legal blog.

“It’s disgusting,” wrote one (anonymous) Jones Day lawyer in an email to Lat that he republished on his site. “I am genuinely disturbed that Jones Day accepted Trump as a client, and I would expect and hope that many other JD clients (particularly pro bono clients) would be equally disturbed. A lot of other lawyers here feel as strongly as I do.”

Trump has made clear he would go beyond the Obama administration’s current efforts to keep them out and deport the refugees and has advocated bypassing immigration courts and other legal process to expel any and all illegal immigrants.

“They say you have to go through a huge legal process,” he toldBusiness Insider last November. “You don’t. They’re illegal. If somebody walks in, they don’t bring them to court, they send them back.”