Donald Trump’s lawyer Michael Cohen has been compared to many people in all probability, including to Karl Rove, the George W Bush advisor and more generally as chief troubleshooter.  He’s also referred to in some quarters as “Tom”, in reference to the attorney advisor in “The Godfather.

And now, after mounting different attacks against Trump enemies and perceived opponents he is on the attack again, this time against the Republican Party itself.  ”

Cohen told the media that any attempt by Republicans to fund an anti-Trump campaign of attack-ads would be a “bad, bad decision.”

Trump’s campaign have warned Republican Party funders and others that they need to treat the leading candidate fairly if they were to avoid his running as an independent.

“If they treat him fairly, he will honor the pledge because he’s an honorable guy. If they break that agreement with him, as they say ‘woe be on them,'” Cohen told CNN.

So who is Michael Cohen and why should Trump’s friends, foes or others listen?

He has already threatened the Daily Beast with a $500 million lawsuit over allegations made by Ivana Trump about alleged rape during marriage.  “by definition you can’t rape your spouse,” was one comment made, together with the lawsuit threat. 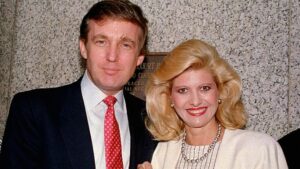 He made some other comments, too:  “I think you should go ahead and you should write the story that you plan on writing. I think you should do it. Because I think you’re an idiot. And I think your paper’s a joke, and it’s going to be my absolute pleasure to serve you with a $500 million lawsuit, like I told [you] I did it to Univision.”

Cohen has previously worked on the Democrat side of the fence, working for the Obama team in 2008 and for Michael Dukakis before Obama in the 1998 failed presidential campaign.  In 2010 however he turned his attention to Trump with his website: “Should Trump Run?”

He is co-president of Trump Entertainment and also serves on the board of TD Bank and the MTA. He lives in New York City with his wife and two kids.

His penchant for aggressive lawsuits includes a famous lawsuit last year when he sued NYU’s Dr Ali Guy for “ruining his summer.”   The physician did this through renting Cohen a Hamptons home for a month at a cost of $150,000, the problem being that it had small beds and no functioning air conditioning.

Referred to in one piece in Forward.com as Trump’s “Jewish wingman”

Cohen, who is Jewish, has been Trump’s most loyal ally for nearly a decade, standing up for the real estate mogul in the media and filing lawsuits when Trump perceives he’s been wronged. A 2011 ABC News profile reported that within The Trump Organization he’s called the boss’s “pit bull.”

“If you do something wrong, I’m going to come at you, grab you by the neck and I’m not going to let you go until I’m finished,” Cohen, now 48, told the TV network.

To wit: When New York State Attorney General Eric Schneiderman filed a fraud suit against Trump’s for-profit college in 2013, Cohen threatened Trump’s vengeance: “The damage to the attorney general is going to be very significant,” Cohen told The New Yorker. “So significant that he will possibly have to resign.” (Schneiderman has not resigned. The case is ongoing.)

Before his extensive involvement in the Trump empire, as well as displaying his own canny knack to make profitable real estate plays, including buying Trump apartments, Cohen was a partner at law firm Phillips Nizer.