SANTA ANA, California – Two Orange County men were arrested this morning on federal drug trafficking charges that allege they were part of a far-reaching conspiracy to smuggle, manufacture and distribute millions of dollars’ worth of analogue drugs commonly called “spice” and “bath salts.”


The men were taken into custody pursuant to a 16-count grand jury indictment – the first in Southern California alleging violations of the Controlled Substances Analogue Enforcement Act. This federal law makes it illegal to manufacture or possess chemicals intended for human consumption that are similar to controlled substances – such as Ecstasy and marijuana – and have effects similar to these narcotics.
Sean Libbert, 38, of Newport Coast, and Kyle Kledzik, 26, of Dana Point, were arrested by federal agents associated with the Los Angeles HIDTA (High-Intensity Drug Trafficking Area) Southern California Drug Task Force. Those involved in the investigation include special agents with U.S. Immigration and Customs Enforcement’s Homeland Security Investigations (HSI), the Drug Enforcement Administration and IRS – Criminal Investigation.
Libbert and Kledzik are expected to be arraigned on the indictment this afternoon in United States District Court in Santa Ana.
The case against Libbert, Kledzik and four Chinese nationals focuses on the smuggling and distribution of cannabinoids, which include synthetic marijuana or “spice,” and synthetic cathinones, otherwise known as “bath salts. The indictment charges a series of criminal violations, including conspiracy to manufacture, possession with the intent to distribute, and distribution of controlled substance analogues. The indictment also alleges that the defendants smuggled chemical products and engaged in money laundering. Additionally, Libbert – who has prior convictions that include narcotics offenses – is accused of being a felon in possession of firearms and ammunition.
The charges are the result of a nearly three-year HIDTA investigation that targeted an organization allegedly headed by Libbert. Authorities believe Libbert’s organization was one of the nation’s largest importers and shippers of synthetic narcotics. According to the indictment, from March 2010 until July 2012, Libbert and his coconspirators smuggled more than 300 kilograms of chemicals into the U.S. at a cost of more than $1.4 million. The organization also allegedly purchased more than 300 kilograms of chemicals from domestic sources.
As part of the scheme, the defendants allegedly formed a company called “RCS Labs” and used various Internet websites to sell more than $12 million worth of chemical products and analogue substances to people across the United States, including other distributors and individual users. The ring is also accused of manufacturing its own synthetic marijuana, which they marketed and sold under the brand “Da Kine Blend.”
According to the indictment, one customer who purchased approximately six grams of cannabinoids from the organization nearly died after ingesting the drug. Due to his prior criminal history, Libbert could face a mandatory minimum life sentence if convicted on this count.
The indictment also charges four Chinese nationals who allegedly served as Libbert’s suppliers. Three of the defendants reside in China and their full identities are unknown at this time. The fourth Chinese defendant, Jin Liu, 30, is in federal custody in Jacksonville, Florida, on unrelated narcotics charges.
Previously in this investigation, federal charges were filed against three other individuals tied to the ring. Those cases are pending in federal court in Santa Ana.
“This groundbreaking investigation identified a complex scheme to import into Southern California large quantities of chemicals that are used to manufacture designer drugs such as spice,” said DEA Special Agent in Charge Anthony D. Williams. “Today’s arrests demonstrate law enforcement’s intolerance for those who place the public at risk by manufacturing and distributing these extremely dangerous synthetic substances.”
In July 2012, HIDTA investigators executed multiple federal search warrants in connection with the case, resulting in the seizure of several luxury vehicles, hundreds of pounds of analogues, firearms and ammunition.
“These substances may have benign names like ‘spice’ and ‘bath salts,’ but they’ve been linked to serious health complications and even death,” said Claude Arnold, special agent in charge for HSI Los Angeles. “Compounding the concern is the fact that the distributors of these dangerous synthetic drugs are packaging and marketing them to appeal to young people. For that reason, those involved in this emerging side of the illicit drug trade should be on notice, this may be the first federal prosecution of its kind in the greater Los Angeles area, but it will not be the last.”
In addition to the drug and firearms charges, Libbert is accused of laundering the profits of drug sales through various bank transactions and spending the proceeds to buy luxury vehicles, vacations and a $1.4 million home in San Juan Capistrano. As part of the indictment, the government is seeking the forfeiture of property and proceeds related to the scheme. So far, investigators have seized more than $1.1 million in assets connected to the case, including more than $700,000 in profits from the sale of Libbert’s former San Juan Capistrano home.
“The use and distribution of synthetic drugs cause irreparable harm to our society,” said IRS – Criminal Investigation Special Agent in Charge Erick Martinez. “The magnitude and complexity of this particular ring required multi-agency cooperation to take down. IRS pursued financial leads in this investigation to attack the group’s ability to further profit from their illegal activity and to hold them accountable for their actions.” 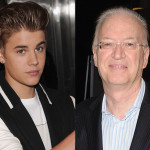