It’s to become easier than ever for non-law firms to enter the UK legal profession following recent changes made by the solicitors’ watchdog. The changes came about because changes made by the “Tesco law” reforms were failing to attract new players in the UK law business.

The measures will make it easier for companies to open one-stop shops for legal advice and other services such as accountancy under a multi-disciplinary Alternative Business Structure licence.

KPMG was awarded a multi-disciplinary licence earlier this month, allowing the solicitors it already employs to offer clients more services. However, its licence came with a string of waivers granted by the Solicitors Regulation Authority.

All but two of the 71 licences granted in the first half of this year had some sort of waiver, highlighting the need for more flexible rules.

More than 300 firms have been licensed to offer legal services since the Alternative Business Structure was introduced in 2011 to crack open the market. The changes allowed non-lawyers to own or invest in a law firm for the first time.

Most companies that have turned to the law so far have done so on a relatively small scale. BT was one of the first entrants, applying in January 2012 and launching BT Law in March 2013. It offers employment law and motor claims handling for a small number of external clients, using its existing team of in-house lawyers.

The AA, Stobart Group and Admiral have also opened law practices under the rules. PwC won a licence for its legal practice in January, allowing it to directly own the firm that was already part of its wider global network of companies.

However, the reforms have not prompted the influx of innovative law shops that the regulator had expected. No supermarkets, for example, have been given a licence even though the reforms were dubbed Tesco Law after some solicitors claimed that the standard of advice would fall.

Several companies are understood to have given feedback to the SRA on the lengthy and sometimes complex application process.

Read more at The Telegraph. 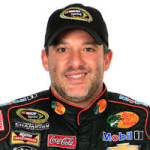 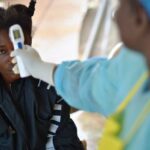