One of the greatest attributes of any great law firm are the shelves of legal volumes and those rich-smelling and somewhat musty books that create the atmosphere we all love in a real law office.

No more.  The digital area is rendering such smells and sights redundant as they slowly but surely reduce them, remove them or – as in the case of Kaye Scholer in its recent move in New York – just leave them behind altogether. 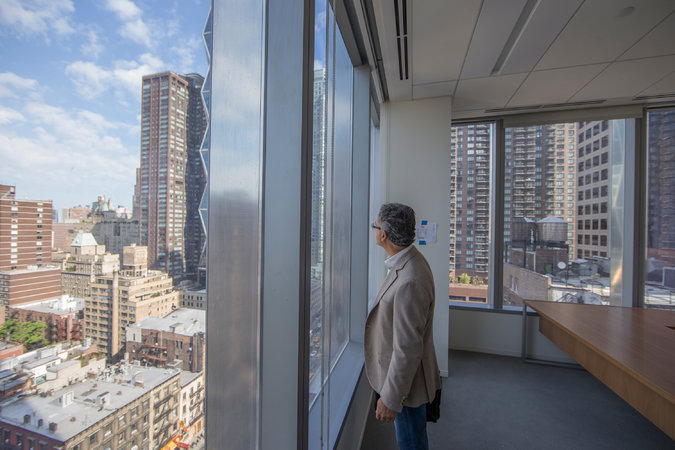 Kaye Scholer left its library behind when it moved from  425 Park Avenue in Manhattan, where it had been since 1957, into new quarters at 250 West 55th Street.  It left its library.

The firm left behind offices that had served giants like Milton Handler, one of whose students, Justice Ruth Bader Ginsburg, called him a “colossus” in the realm of trade regulation; Stanley H. Fuld, a former chief judge of New York State’s highest court; and Abraham A. Ribicoff, who served Connecticut as governor and as a United States senator, the New York Times reports.

It left behind the setting of the greatest drama in its 97-year history: In 1992, the partners agreed to pay a $41 million fine to settle a $275 million lawsuit by the federal government charging that the firm had improperly withheld damaging information about a failed savings association that was its client. The suit had threatened to bankrupt and ruin the firm.

Kaye Scholer left something else behind: most of its law library.

Nearly 95 percent of a library that numbered tens of thousands of volumes was discarded. Outdated books were recycled. Updated books were donated. Some were kept, like “New York Jurisprudence, 2d,” which costs $19,963 for a new hard-bound set.

“It tells you everything you need to know about law firm libraries,” said Stephen Gliatta, a partner in Kaye Scholer and the co-chairman of its executive committee. “The whole move was a good exercise in forcing people to discard what they don’t need any longer.” 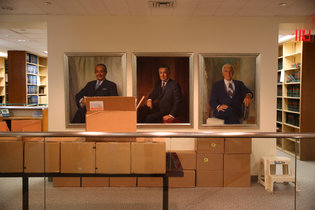 At 425 Park, the library was a two-floor enclave, with accents of wood paneling, at the heart of the firm’s headquarters. There were 10,000 linear feet of shelving.

“The air-conditioning was always on in the library,” recalled Phillip A. Geraci, a partner in the firm. In other words, the firm wanted the space to be as hospitable as possible, since younger lawyers might spend long hours “shepardizing” — searching “Shepard’s Citations” for cases that might have raised issues similar to the one on which they were working, then pulling the relevant law volumes down from the stacks.

Read the rest at the New York Times