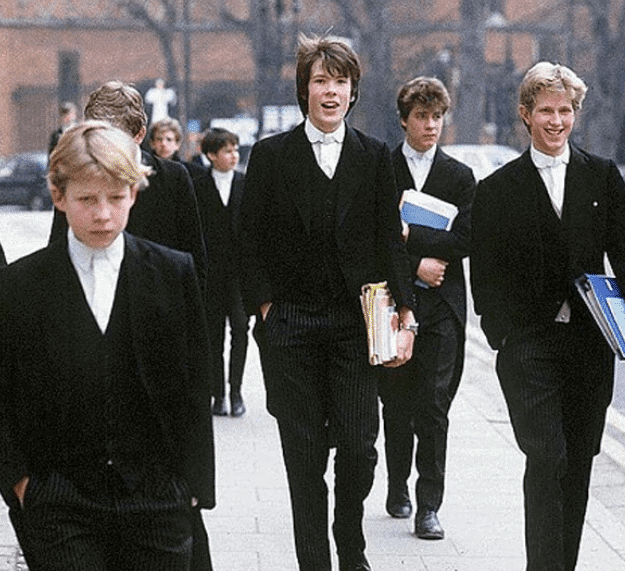 It pays to be posh if you’re looking for a top UK law job. A private education will secure you a better paid law job in the UK, a new survey has shown.

A ‘conscious or unconscious bias’ exists in favour of those students who studied at private schools compared to state-schooled students, the survey shows.

The survey from Chambers Student showed that “privately educated lawyers are more likely to earn higher salaries, and this difference will only become more pronounced as the lawyers progress to partnership, when partner earnings at top City firms might outstrip those at regional firms many times over.”

In 2017 an average of 51 per cent of students were state schooled. 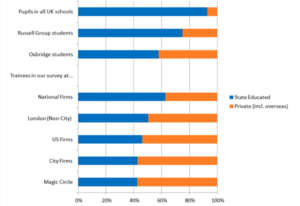 “The 2017 schools survey is based on 59 firms responding. These firms represent the leading legal employers in the UK. The survey doesn’t sample exactly the same firms each year – some merge, some withhold figures – but this year’s survey has grown on last year’s 46 firms. These firms cover the City, the rest of London, international firms in the UK and national/regional firms.”

The demand for privately-educated students continues to climb. “.. with the exception of the national/regional firm category, all types of law firm are hiring more privately educated graduates than even Oxbridge feeds into the market,” Chambers say.

Given that only 7 per cent of the UK population attend fee paying schools, the bias is both obvious and pronounced although the fact is that the law profession employs graduates mainly and thus the comparison may better be made between lawyers and graduates.

Part of the bias is due to the need for law firms to build and retain trust among their clients. Interviewing partners have a top-of-mind consciousness on the need to have lawyers who can attract and retain clients and build trust, developing a bias towards those sharing their own, mostly-private school backgrounds.

“When partners interview graduates, they’re looking for people they can put in front of the client and safeguard all their relationships. Candidates with similar life experiences and references grow a more natural bond in interview. Those with a certain confidence and polish tend to do best – the firm can already imagine them networking with the client,” the survey report said.

There might be little to surprise outside observers who know anything about Britain’s class system to know that social mobility is an issue.

The question has risen its head in recent times.

The data show firms which mainly do corporate work have the lowest proportion of state-educated solicitors, 56%. By contrast, 76% of lawyers in firms that mainly do litigation work are from state schools, while this figure’s 77% for mainly-criminal outfits.

And that’s not the end of it.  A  new diversity stats from the bar showed 12 per cent of British barristers attended an independent school.