Skadden Arps – After nearly two decades, the United States has formally ended economic sanctions on Burma (Myanmar). Citing substantial efforts undertaken to promote democracy, President Barack Obama issued an executive order, on October 7, 2016, terminating the declaration of the national emergency under which the Burma sanctions program had been authorized and revoking the executive orders imposing sanctions on Burma.

In the new executive order, the president also waived statutory financial sanctions under the Tom Lantos Block Burmese Jade (Junta’s Anti-Democratic Efforts) Act of 2008. The lifting of sanctions is the culmination of incremental sanctions-easing to support Burma in its transition from military rule to democratic governance.1

Lifting of US Sanctions on Burma

As a result of President Obama’s executive order, the following changes took effect as of October 7, 2016:

Although the Burma sanctions have been terminated, there is still a limited number of persons on OFAC’s SDN List located in Burma who are listed under other sanctions programs. Any assets of these persons in the possession or control of U.S. persons must remain blocked, and transactions involving U.S. persons or subject to U.S. jurisdiction involving these persons generally remain prohibited. These sanctions also apply to any entity that is 50 percent or more owned, whether individually or in the aggregate, directly or indirectly, by one or more persons on the SDN List, even if the entity is not itself listed.

In 2003, the Financial Crimes Enforcement Network (FinCEN) found Burma to be a “jurisdiction of primary money laundering concern” under Section 311 of the USA PATRIOT Act. In conjunction with the finding, FinCEN imposed special measures prohibiting U.S. financial institutions from maintaining correspondent accounts for Burmese banks. Certain general licenses issued by OFAC in recent years provided that, with respect to the activity authorized by OFAC, the special measures imposed against Burma under Section 311 did not apply to the operation of correspondent accounts for Burmese financial institutions, or to transactions conducted through those accounts, provided the Burmese financial institution was not a blocked entity.

As a result of the termination of OFAC’s Burma sanctions, the OFAC general licenses that had permitted certain U.S. correspondent banking activity with Burmese banks were no longer in effect. To permit such activities upon the lifting of the Burma sanctions, on October 7, 2016, FinCEN provided exceptive relief to allow U.S. financial institutions to continue providing correspondent services to Burmese banks, provided that such accounts are subject to the due diligence obligations set forth under Section 312 of the USA PATRIOT Act. Under Section 312, U.S. financial institutions must implement appropriate, specific, risk-based and, where necessary, enhanced policies, procedures and controls reasonably designed to detect and report known or suspected money laundering activity.

Although FinCEN issued the exceptive relief under Section 311, FinCEN has not revoked Burma’s Section 311 finding, citing continued concerns with Burma’s anti-money laundering (AML) and counter-terrorist financing regimes. FinCEN indicated that it will revoke this finding only when Burma makes additional progress in addressing money laundering, corruption and narcotics trafficking issues. In the interim, institutions should continue to assess the AML risks of doing business in Burma or with Burmese entities as part of their country risk rating processes. 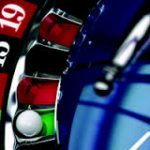 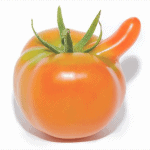