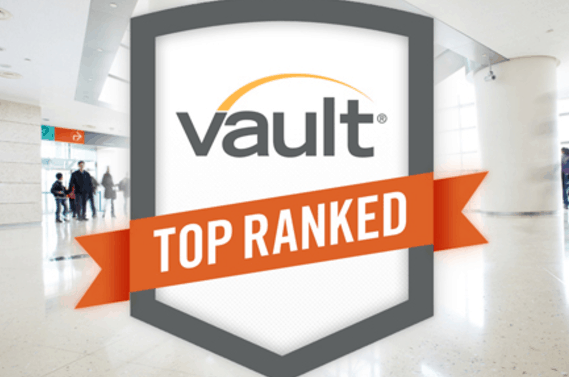 The votes have been counted and the envelope opened – the most prestigious law firm in America is – once again! – Cravath Swaine & Moore.

The Vault.com ranking of the 100 US law firms that rank as the most prestigious, based on a survey of 18,000 law firm associates who handle ranking based on ‘perceived prestige’, which of course is very much in the eye of the beholder.

Those ranking do not rank their own firms, but rather those with which they are familiar.

The top firms rankings were –

But – perhaps of greater interest are the firms who are rising in the rankings and those who are dropping.

Among the most stellar risers is Denton which is now the largest firm in the world based on its recent mergers, moving 12 spots to number 68 on the top 100.  But that moves comes atop an equally significant lift the earlier year, thus pushing Dentons rapidly up the scale.

Gibson Dunn have broken into the top 10 after knocking at the door for some time and narrowly beating Weil to the top 10 position with a razor-fine edge.

Latham & Watkins has also cemented its position, with Vault noting –

Meanwhile, Latham & Watkins has completed its own climb this year, matching the firm’s all-time high ranking that it had not seen since before the last recession. Long one of the most prestigious firms in the world, Latham dipped in the Vault rankings—all the way down to No. 17—following much publicized layoffs in 2009.  But the firm has slowly regained its lost prestige and this year made the largest jump in the top 10, moving up three spots to reclaim its No. 7 spot after ranking 10th each of the last four years.

Cravath’s top position is a credit to the firm which has a quarter of its clients out of the US, with a major office in London.

Cravath’s are also popular because they have lead the associate pay rise increases, never to be overlooked by younger lawyers.  But there’s more than that.  As Vault senior law editor Matt Moody observed, “Cravath invented the business model upon which nearly all large law firms are organized.”