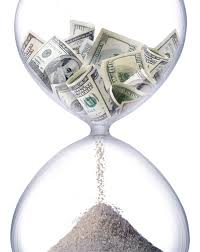 The annual Vault rankings are always keenly awaited and with 20,000 Associates ranking US law firms this year the rankings remain of keen interest. But which firms rank tops?

With two centuries under its belt, Cravath, Swaine & Moore LLP is one of the nation’s preeminent law firms. The firm boasts industry-leading practices on both the litigation and corporate sides and stand-out teams in M&A, capital

Each year, a significant chunk of the world’s dealmaking—major mergers and acquisitions, antitrust and shareholder litigation, big-name restructurings, and multi-billion-dollar real estate ventures.

Skadden is one of the most profitable and well-known law firms in the world. It was the first law firm to report $1 billion in annual revenue—now an industry brass ring.

A BigLaw powerhouse, Sullivan & Cromwell has followed—if not created—the blueprint for legal success: It has grown internationally and in response to the increasing cross-border M&A, restructuring, and finance transactional demands.

Latham is one of the world’s largest law firms, a bona fide member of the clique that includes the Magic Circle and the elite U.S. heritage firms. With more than 2,600 attorneys in 29 offices around the world.

Kirkland & Ellis, one the world’s most elite law firms, is recognized for its corporate, intellectual property, litigation, M&A, private equity, and restructuring work.

Davis Polk & Wardwell LLP boasts one of the nation’s best and most comprehensive corporate departments, with impressive teams in capital markets, M&A, finance, restructuring, and tax.

With more than 1,350 attorneys across ten countries, Gibson Dunn & Crutcher is a force. Among the top firms in the country, Gibson Dunn is well known for its litigation and trial work.

For decades, Paul, Weiss has valiantly defended the coffers and reputations of some of the world’s largest financial institutions and companies. 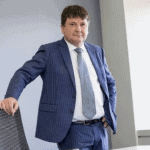