Claire Waltham contributes many informative articles to different websites. She has done research about cases involving personal injury and more serious criminal cases too, including assault and battery, larceny and robbery. Some of these have been used by the Law Offices of Elliot Savitz.

Even with better police visibility and tougher penalties for lawbreakers, crimes in cities and even less crowded suburban areas continue to happen frequently. Sometimes, people might even envy pretend places that are defended by powerful individuals who are at their beck and call. It’s not hard to imagine the world being a better and safer place if we had super heroes (but no super villains) in our midst.

This might be why some individuals have resorted to turning themselves into caped crusaders with secret identities. Such vigilantes are helping to fight crime in order to keep the peace in their areas. But however honorable one’s intention is, being a vigilante is still a crime. 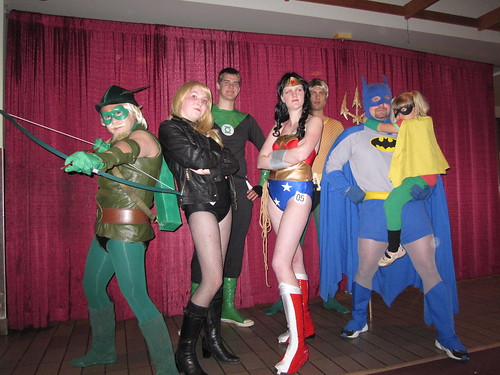 Vigilantism – The Offense of Superheroes

Even though many people idolize heroes, vigilantism still violates the law. Lucky for all superheroes that live in their own fictional worlds, they may not see the interior of prison. Take for instance Batman. In reality, if he was found fighting or arresting a suspected criminal, he could end up in jail. But instead, Gotham and all of its good folks look to him for protection.

With all the crime that’s happening around, individuals cannot help but feel frustrated because criminals aren’t being immediately hauled off to jail and because cases take too long to be resolved in court. Hence, some people take matters into their own hands – through vigilantism.

Dangers of Being a Real Vigilante

If a known pedophile lives in your neighborhood, are you going to do something about it? This is what happened to two vigilantes in Tennessee. Because they feared for the children in their community, they took action by scaring away the resident pedophile. They did this by setting fire to his house, which, unfortunately, took the life of the pedophile’s wife instead. The two individuals brought down their vigilante justice, but they still ended up in jail for arson and first-degree murder.

There are so many vigilantes around the world, and they are out to get individuals whom they believe have wronged them, their families, or the society. But there are so many dangers involved, not only for the vigilantes, but also for their would-be victims. For one, lack of information or training could lead to serious injuries or even death. Then, vigilantes might be biased on how they execute their brand of justice.
[wp_ad_camp_3]
They could be spurred by anger, depression or, more likely, revenge. Also, some might even spoil police investigations, in which case they’ll probably be arrested for obstruction of justice.

We have all heard of Superman and Spider-Man, but there are also real vigilantes out there who work together with the authorities in order to find criminals and to bring justice to the oppressed. Take for example John Walsh of America’s Most Wanted. He has inspired communities to work together to fight crime and has also helped the FBI in finding a number of top criminals. Then, there’s also The Guardian Angels of New York and The Black Monday society that help in keeping their streets more peaceful. They and many others prove that you don’t have to break the law to be a vigilante. More or less, it’s about cooperating and helping out the authorities in order to facilitate the capture of criminals.

Claire Waltham contributes many informative articles to different websites. She has done a lot of research about cases involving personal injury and more serious criminal cases too, like assault and battery, larceny and robbery. Some of these have been used by the Law Offices of Elliot Savitz.