You are here: Home / Briefs / Briefings / What Is The Fair Way to Unwind a Ponzi Scheme? 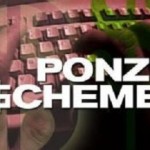 The Government is moving to create a special regime to unwind Ponzi schemes in a way which is fair to all investors.

A discussion paper outlining the options was released this month.

In the absence of a bespoke system to deal with Ponzi schemes, the courts and liquidators have to resort to the Companies Act 1993 and the Property Law Act 2007, but they are not a good fit as they were not designed for recoveries where the fundamental purpose of the business was dishonest.

And case law has not been helpful as the findings are always highly fact-dependent and the courts are tussling with what is in effect a gap in the law.

The need for legislative reform was acknowledged in the second report of the Insolvency Working Group but it made no recommendation as the Supreme Court judgment in McIntosh v Fisk – relating to the David Ross Ponzi scheme – was still pending.

The Supreme Court majority decision, which allowed the claimant to recover his investment, although he had to return his fictitious profits, was controversial as the effect was to reduce the capital available for distribution among the other Ross investors.

The Ministry of Business, Innovation and Employment (MBIE) aligns itself in the discussion paper with the minority view of Glazebrook J, who said:

“I accept that Mr McIntosh was an innocent investor who had no knowledge of the fraud. However, this was the same for all investors. In policy terms an accident of timing as to when funds are withdrawn should not favour one defrauded investor over another”.

The policy aim is to create a framework which will provide consistent outcomes for investors at minimal cost and share losses as fairly as possible.

MBIE is proposing that a new liquidation mechanism be incorporated within the Financial Markets Conduct Act 2013.

It also considered establishing a compensation scheme for Ponzi victims funded through a financial sector levy but discarded this as an option because it might encourage investors to disregard risk, could impose significant transactional costs on financial markets which risks distorting market forces, and would require a government contribution or underwriting.

Proposed design features are that the new regime should:

MBIE’s proposed regime contains a number of features that are likely to attract a high degree of interest.

The discussion paper recognises the reputational damage associated with such an application, and the potential for an application to tip an innocent scheme over by encouraging mass investor withdrawals. MBIE considers that sealed proceedings are not a solution, as this would prejudice the procedural fairness of other investors. The current regime therefore only protects reputational concerns through limiting who can apply without leave.

There are a number of other issues that will benefit from submissions, including that of determining when a Ponzi scheme began (if a scheme was legitimate to start), methods of distribution of assets to investors, and recoveries against trade creditors of Ponzi schemes (which are proposed to be excluded, and subject to the standard insolvency regime)

The proposed regime is motivated by the goal of investor equality, but comes with the cost of creating a lengthy period of uncertainty for investors, the majority of which will be unable to access the high threshold of the significant financial hardship defence.