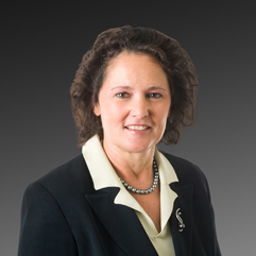 Another woman has risen to the top of a major law firm with the elevation of  White & Williams partner Patricia Santelle to the top job at the firm following the death of managing partner Guy Cellucci.

Ms Santelle was quoted in a press release as saying she has “mixed emotions” about taking on the role, following the sudden death of Mr Cellucci.

Law.com report:  “In the face of such tragic circumstances, I am deeply honored and also extremely humbled to be elected to this position,” Santelle said in the press release. “I was very close with Guy both professionally and personally, and shared in his vision for the firm. He was a valued mentor to me and I look forward to building on the plans he had begun but did not have the opportunity to complete.”

He had taken over as managing partner of the firm in November 2010 after spending more than a decade leading the 230-lawyer firm’s litigation department.

The firm’s nine-person executive committee, of which Cellucci was the chairman, met immediately following his death to discuss how the firm would operate moving forward and ultimately decided on Santelle.

“We at White and Williams feel fortunate and proud that we have a partner of Patricia Santelle’s caliber,” Peter Parashes, a member of the firm’s executive committee and chair of its subrogation department, said in the press release. “Patti is an exceptional human being, an outstanding lawyer and a person who possesses the intellect, leadership qualities and energy necessary to be successful in the position. We are confident that we will have continued growth and success under her leadership.”

Santelle joined White and Williams in 1990 and became a partner in 1995. In 1999, she became co-chair of the firm’s insurance coverage and bad-faith group. In 2011, she was elected chair of the firm’s commercial litigation department.