Sexual harassment complaints in the law are on the rise, but how difficult is it for former lawyers accused of such behaviour to switch jobs? Not very, it would seem.

The issue is particularly significant in a male-dominated industry where 75 per cent of partners are male and therefore in significant power positions.

One of the reasons #Metoo may not have fully it BigLaw yet is that due diligence, non disclosure agreements and international investigations have been able to keep a lid on some of the scandalous conduct that might otherwise be released.

Firm do what they need to when sexual harassment and others arise – they very quietly get rid of the perpetrators.

What they are not doing is appropriate due diligence on hiring new partners and others. 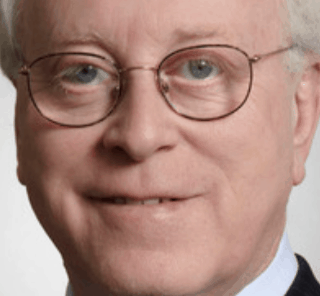 a well known capital markets lawyer who had left the firm last December after allegations of sexual harassment emerged, leaving Tanenbaum, 70, to move to Mayer Brown.  Others in the legal media had reported on the Tanenbaum situation earlier.

The much-vaunted new hire by Mayer Brown was met by a message from his former firm noting: “Thanks for taking him”, signed simply “The women.”

Subsequent investigations showed that Tanenbaum had been hired by Morrison & Foerster in 2003 and subsequently paid a settlement to a female lawyer who had accused him of sexual harassment at his previous, long-term firm, Stroock & Stroock & Lavan.

He had vigorously denied the allegations.

So the question arises: How do those lawyers accused of bad behaviour manage to get second and third chances? And the reason, it appears, is due to the lack of vetting by recruiters and consultants who seek legal talent.

References from former partners are seldom sought, partly out of fear of alerting competitors about a potential lateral hire.

The Journal quote lawyer Christine Chung of New York firm Selendy & Gay who has been heavily involved in lateral recruitment, noting that it can be difficult finding out about misconduct in the legal business.

The firm implemented something that is increasingly common in firms – compulsory sexual harassment training and also kept a close eye on alcohol consumption at firm events.

Reeves had also had earlier complaints involving oral sex in his office with a female associate, which was also ‘adamantly denied’ by an attorney acting for the former partner, who had worked for the firm for 26 years.

He subsequently transferred to a boutique law practice.

The issue with key lawyers and rainmakers like Tanenbaum are that they are difficult to move due to their own abilities in the professional arena.

References to his behaviour indicated that he had created an uncomfortable work enviornment giving impromptu shoulder massages and asking female workers to “spin around” so he could comment on their bodies and clothing.

His spokesman said the allegations were untrue and that he had left Stroock for business reasons alone.[/vc_column_text][/vc_column][/vc_row]