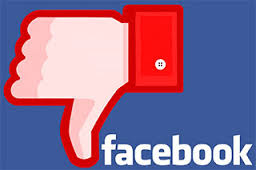 These changes are part of what Mark Zuckerberg says is a refocusing of Facebook from “helping [users] find relevant content to helping [users] have more meaningful social interactions.” This refocus highlights the tensions between Facebook’s conflicting roles as a social media platform on one hand, and, in effect, a distributor of third party content on the other. We have discussed this issue in previous posts.

As Facebook implements these newly-announced changes in the way third party content will be presented — focusing on “trusted content” — the operational models powering Facebook’s use of third party content (user generated and otherwise) will also evolve.

Lawyers should keep an eye on what the changes might mean for Facebook from a liability perspective. For example, will Facebook’s direct or indirect control of third party content impact its immunity from publisher and distributor liability under Section 230 of the Communication Decency Act? Or, rather will changes to its algorithm to prioritize trusted content still be deemed to be quintessential publisher conduct, and therefore within the scope of Section 230? Also, to the extent that Facebook directly or indirectly curates third party content, could it possibly lose the benefits afforded by the safe harbors of the Digital Millennium Copyright Act?

All the same, you can be sure that a creative plaintiff’s lawyer may attempt to use any change where Facebook is somehow more engaged in the curation, display or distribution of third party content to pierce through the CDA/DMCA armor to hold Facebook responsible for allegedly problematic third party content.