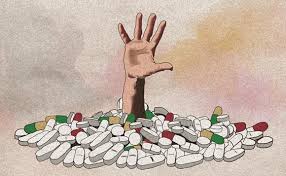 LOS ANGELES – A Texas woman was sentenced today to 60 months in federal prison for her leading role in an opioid buy-back scheme in which a doctor at a Los Angeles clinic prescribed opioids to “patients” who sold the narcotics back to the clinic, which later sold drugs on the black market in California and Texas.

Angela Gillespie-Shelton, a.k.a. “Boss Lady,” and “Angotti,” 54, of Houston, was sentenced by United States District Judge John A. Kronstadt, who also ordered her to pay a $10,000 fine. Gillespie-Shelton pleaded guilty on May 21 to one count of conspiracy to distribute controlled substances and one count of conspiracy to engage in money laundering.

From October 2012 to January 2015, Gillespie-Shelton and her co-conspirators ran Southfork Medical Clinic, located in the Harvard Heights neighborhood of Los Angeles. At the time, Gillespie-Shelton primarily was based in Texas, but she frequently traveled to California.

The conspiracy’s purpose was to sell prescriptions for narcotics in exchange for cash, and to later acquire those same drugs from the clinic’s “patients,” ship the narcotics to Texas and then sell them on the black market. The prescriptions were for drugs including oxycodone and hydrocodone (commonly sold under the brand names Vicodin, Norco and Lortab), alprazolam (best known by the brand name Xanax), carisoprodol (a muscle relaxant sold under the brand name Soma) and promethazine with codeine (a cough syrup sold on the street as “purple drank” and “sizzurp”).

At the clinic, Gillespie-Shelton’s co-conspirator – Dr. Madhu Garg, 69, of Glendora – saw “patients” and regularly prescribed them the narcotics, when both Gillespie-Shelton and Garg knew that the customers did not have any actual or legitimate medical need for them.

After the “patients” filled the prescriptions, Gillespie-Shelton and her co-conspirators bought the drugs from them and shipped the drugs to Texas.

In addition, Gillespie-Shelton laundered more than $1 million from the diversion schemes through numerous accounts. She used some of the money to further the narcotics trafficking conspiracy, which included paying rent for the Southfork Clinic and a stash house in Los Angeles, as well as paying Garg more than $200,000 for writing the illegal prescriptions.

In February 2016, Garg pleaded guilty to illegally distributing oxycodone and money laundering, and she later served an 18-month prison sentence.

“[Gillespie-Shelton and her co-conspirators] made hundreds of thousands of dollars profiting off the Opioid Crisis,” prosecutors wrote in their sentencing memorandum. “The sheer amount of money [they] made over the course of this conspiracy shows that this was a crime borne of greed where the criminals trafficked lethal drugs despite the undeniable havoc they wreaked on their community.”