You are here: Home / Law Firms / Women Lawyers in Leading Roles – What Does it Take? 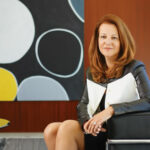 The legal profession has always been a tough nut to crack when it comes to women ruling the roost.  In a highly competitive environment, women taking senior roles in business or the law have always attracted some sideways glances.  What are they giving up? Are they too tough to be feminine?  Why would they even want to be there?

Yet as the debate over women in senior legal roles also rolls on, an increasing number of women are taking leading roles in some of the biggest firms in the US, as the ABA Journal has profiled in a recent article.


According to a NALP 2012 study, women constitute just under 20 percent of law firm partnership ranks—a number that shrivels in the top level of leadership. And it’s considerably worse for minority women, who make up only 2.16 percent of the nation’s law firm partners.

The women profiled in the ABA Journal article sit in charge of male-dominated law firms, both large and mid-sized.  They all share a feisty ambition to reach the top of their profession.  And yet the interviews indicate they also share some human and distinctly female considerations of what its like to be on top. 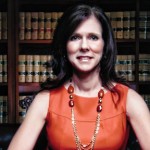 It happens more often than she’d prefer, so Kellye C. Moore has perfected her response: “Managing partner,” she corrects in a polite-yet-firm Southern drawl whenever one of her male colleagues refers to her as the firm’s office manager.

A civil litigator with more than 20 years of experience, Moore, 44, was promoted to lead the tight-knit Perry, Ga.-based law firm Walker Hulbert Gray & Moore in 2011. 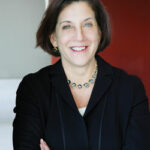 High school friends of Kim Koopersmith’s daughters knew to never call during dinner—often served at 9:30 p.m. Unorthodox timing for some, the children knew that their mother’s cooking—especially her rib-eye steak and potato galette—was always worth the wait, along with valued time with their lawyer parents.

“My friends thought it was a strange family quirk, but they got used to it, and we did too,” says Koopersmith’s oldest daughter Meredith, 25, now a U.S. District Court law clerk. “I don’t know that she could have accomplished it all if she were home at 5 o’clock. And growing up as a young girl you detect, ‘Oh, my mom has a career she finds fulfilling.’ I was very proud of her.” 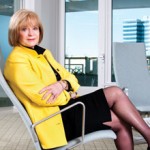 With those words, Anastasia D. Kelly tossed her hat into the partnership ring at her BigLaw firm. At 39, Kelly—known as Stasia—was about to become a first-time mother, pregnant with twin boys and on five months’ bed rest (during a time before technology allowed telecommuting). Some colleagues thought she was crazy to risk the odds and others suggested she wait one more year.

“I knew that if I didn’t make partner, there was life outside of the firm,” says Kelly, now 63 and co-managing partner at megafirm DLA Piper. “But if I stepped back from going for it, I knew I would die.”

When Lisa A. Borsook was promoted to managing partner of her Toronto-based law firm, a senior litigator offered some words of guidance to her fellow female lawyers: The reason Borsook was so successful, he said, was because she practiced law like a man.

“He told us we could all take a lesson in that,” says Borsook’s longtime colleague Lori Duffy, a partner at WeirFoulds.

Manly or not, Borsook’s approach to her career differed from that of many of her female peers in the firm, says Duffy of her colleague, who became executive partner this January. It’s a role she created for herself.

At 16, Borsook took the LSAT and was admitted to the University of Toronto’s law school in the fall of her sophomore year in college. She joined WeirFoulds at age 21 and eschewed litigation, her first choice, to pursue a corporate practice at the suggestion of her husband on the premise that trial work would consume too much time away from home. 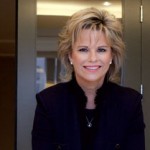 At 11 years old, Madeline Cahill-Boley says, she airily told a judge—an acquaintance of her best friend’s father—that she’d see him in court one day as a lawyer, not as the administrative help he suggested a young girl interested in law should become.

When the good ol’ boy-style partnership of her former firm balked at the notion of a flexible schedule, she took her successful practice to a new firm while pregnant with her second child.

And when Cahill-Boley’s traditional three-year stint as chair of her firm’s executive committee came to an end, she didn’t step down. Instead, in her fifth year as managing partner of Sullivan Hill Lewin Rez & Engel, Cahill-Boley continues to redefine the traditional role of a law firm leader. 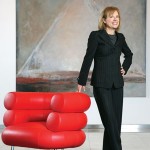 Although the first in her family to attend law school, when it came to selecting a law firm to work for, Susan C. Levy looked for a place where women before her had beaten back some of the brush, easing her trek to the top.

When the Harvard Law School graduate joined Jenner & Block in 1982, female lawyers already had a strong presence among the associate, partnership and management ranks—an anomaly among major national law firms today, and even more so 30 years ago.

“We were one of the relatively few firms with women in leadership positions and women who were business generators,” says Levy, 55, the Chicago-based managing partner of the nearly 500-lawyer firm. “The women leaders ahead of me—the mothers who went on maternity leave before I did—all helped me in my career because I never felt like I had to be a trailblazer. 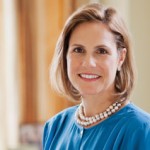 Molly Craig, Partner, Hood Law Firm – “It’s a testament to and a validation of the excellent quality of the generations of women before us,” says Molly H. Craig, a partner at the Hood Law Firm in Charleston, S.C., who’ll become president of the International Association of Defense Counsel in July. “I believe strongly it’ll energize the women behind us. I certainly was energized by the women who came before me.”

It also represents a sort of coming of age. “It’s a signal that women have now been out of law school and in the practice for long enough to be reaching a series of leadership positions,” says Chilton Davis Varner, a partner at King & Spalding in Atlanta and president of the American College of Trial Lawyers.

There is, of course, a but—the number of women in firm leadership and equity partnership positions is stagnating and their pay is still below that of male peers.