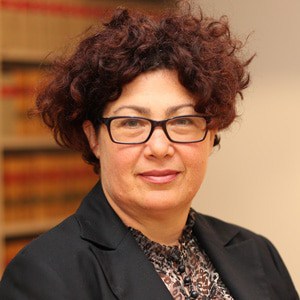 Lawyers Weekly reported that Andelman, who is NSW Women Lawyers Association president, said that “for quite some time, the number of complaints and the incidents of sexual harassment hasn’t reduced”.

She said there was a culture of non-reporting, which required change.

“I think we can say that this model of requiring victims of sexual harassment to report just hasn’t worked. It’s not working, and I think despite everyone’s best intentions, I think we can say, well, look, we need to look at another way of doing things,” she said.

“And that’s where I think bystander provisions are important, because they take away the responsibility from the victim and they play them on all of us as workplace participants, as the term is referred in the act to not walk by standards that we consider to be unfair, wrong, unlawful or unsafe.”

A bystander, Ms Andelman explained, is “someone who witnesses themselves, or they hear about an incident that they believe to be sexual harassment. Usually it refers to someone who works together with as an employee, or as a client, or perhaps in the legal profession a solicitor and a barrister relationship”.

The law profession is extremely hierarchical, she said.   “We all have very clear ideas about where we fit in and what the way ahead is, and where we stand in the pecking order.

Law firms and legal organisations rely on mentorship and sponsorship “to get ahead”, and as such, “personal relationships and networking are critical in our profession”, she said.