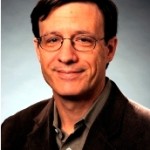 For an attorney like F. Paul Bland who makes a living out of bringing class action lawsuits, business is not nearly as good as it used to be.  For some, that’s a good thing – and they’re not just the defendants, either.  But for Bland, who works for Public Justice, a DC non-profit outfit, it’s a sign that there is increasing resistance to the class action lawsuit by the justice system.  And that’s not good, he says.
[wp_ad_camp_2]
Recent times have seen consumer and employment lawsuits dropping off with hostile rulings coming from the Supreme Court over recent years.  Bloombergs report on the trend and Bland’s reaction to it.

The mass lawsuit—in which hundreds or even thousands of plaintiffs join together to go after a corporate defendant—is in deep trouble. Growing judicial skepticism toward such suits and toward the lucrative settlements they generate has caused plaintiffs’ attorneys to shy away from accepting lengthy, complicated cases.

That’s tilting the legal playing field decisively in favor of Big Business—and as the Supreme Court reconvened on Oct. 7 for its 2013-14 term, trial lawyers are bracing for more setbacks.

Not everyone is shedding tears.

Walter Olson, a legal expert at the libertarian Cato Institute in Washington, attributes the decline of mass lawsuits to a predictable—and welcome—backlash against “a wild carnival” of frivolous damage claims and outrageous conduct by plaintiffs’ lawyers. To consumer advocates, however, the increasingly high barriers to mounting mass lawsuits could give companies the wrong incentives.

“We’re in danger of losing an important deterrent to corporate misconduct,” says Brian Fitzpatrick, a professor at Vanderbilt Law School. As is usually the case in legal arguments, there are elements of truth in what both sides say.

The statistics on class actions are is not exactly prolific, but Bloombergs report that the only helpful gauge over time measures just a slice of the relevant cases: federal securities fraud claims.

Consulting firm Cornerstone Research says in the first six months of 2013, 74 securities class actions were filed in U.S. district courts, which is down 22 percent from the 16-year average from 1997 to 2012 and off 42 percent from the peak in the second half of 1998.

Read the rest of the report here