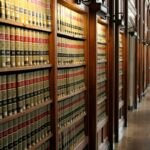 But that itself may now be about to change.

The problem, many judges, professors, editors and lawyers say is that law review articles tend to be not only too long, but also lack relevance.
[wp_ad_camp_2]
The National Law Journal reports that U.S. Supreme Court Chief Justice John Roberts miffed some legal educators in 2011 when he said at a judicial conference that law review articles are largely about arcane topics that are of no use to practitioners and judges.

It turns out that he’s not the only one who sees some real problems with the law review system, where law student editors are tasked with selecting and editing lengthy and extensively footnoted research papers written primarily by law professors.

Judges, law professors, practicing attorneys and student editors alike believe that the current law review model needs reform, according to a new article based on an extensive survey of how those in the legal community view legal journals.

The respondents said that law review articles are too long and don’t meet the needs of attorneys and judges, and that student editors should receive more training. The results appear in “Do Law Reviews Need Reform: A Survey of Law Professors, Student Editors, Attorneys and Judges,” (via Lexis) in the latest edition of the Loyola Law Review, published by Loyola University New Orleans College of Law.

The eight authors (they comprise a mix of psychology professors and doctoral students from the University of North Dakota as well as several law professors from the Appalachian School of Law) queried 1,325 law professors, 338 student editors, 215 attorneys, and 156 judges about how they view the current system, the quality of law review articles, the way articles are selected, and how they would like the system reformed.

“Law reviews are likely not meeting the needs of attorneys and judges; and law professors believe that they have a capricious, negative effect on their careers,” the authors found. “The vast majority of legal professionals and student editors believe that law reviews should be reformed and that the reforms should include blind, peer reviews and more student training.”

The article points out that law reviews have generated a great deal of controversy over the years primarily because the vast majority of them are edited by students rather than professors or professional editors.