John Bowie* The funding for the 16 Crown Solicitors’ offices, at $41 million, has piqued the interest of Guyon Espiner in an article in RNZ pointing to Auckland Crown Solicitor and Power List member Brian Dickey luxuriating’ in a “light-filled space on the top floor of a central city Auckland high rise”.

Dickey, at Meredith Connell, is painted as a boy-made-good who may also perhaps being joining other Crown Solicitors in enjoying the largesse of the government in their funding of the five per cent of criminal cases handled by the Crown Solicitors’ office.

“A Karl Maughan painting, with its vivid, pulsing flowers, draws your gaze, and you could easily miss the much smaller picture frame, which holds something plain to the eye but of great value: the Auckland Crown Warrant,” writes Espiner for RNZ’s ‘Is This Justice?’ series, which is a leading question in itself, suggesting not all is right in the state of Denmark.

Certainly it is unusual for Crown work of this nature to be contracted to private law firms, although the system has worked with perhaps greater efficiency and as much fairness as a Government-run prosecution service may do.  There is no monopoly on fairness and impartiality by Government after all, which I say as a former Crown Solicitor prosecutor myself.

Nevertheless, some would argue otherwise and Espiner’s article quotes Wellington barrister Douglas Ewen,  a human rights and defence lawyer with Wellington’s Brandon Street Chambers, who worked in the British system, where the Crown Prosecution Service is a government department, who said he’s unaware of any other system where a constitutional function is contracted out by government.

Meredith Connell has held the Crown warrant since 1822 and last year picked up $7.5 million for its Crown work.  The office was split in two, with significant repercussions for the firm in      and it has faced challenges for the work as recently as 2015 when Meredith Connell alumni following the appointment of Dickey’s mentor and now Justice Simon Moore, the high profile former Crown Solicitor.

Kayes Fletcher Walker was set up with the warrant for South Auckland in 2015 and now has almost 40 lawyers working in the Manukau office.  Crown Solicitor Natalie Walker was spawned by Meredith Connell and is married to then Chief Justice Dame Sian Elias’ son, who is also her law partner Ned Fletcher 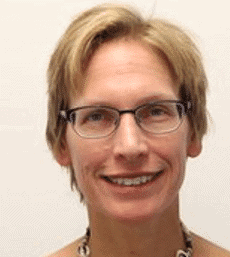 The Crown Solicitors’ network is overseen by Crown Law, specifically former Spy Chief Madeleine Laracy (left) who told Espiner that there had been no evidence that the move to the bulk funding model had seen Crown Solicitors also providing bulk plea bargain deals to clear the decks of cases and provide the margins they seek for profitability.

“One of the protections against that is the public nature of prosecutions. So these are not deals … that happen behind the scenes without a degree of public accountability through the court process,” she said..

Apart from the stolid and traditional nature of the Crown network, the Espiner angle appears to be the need for greater diversity among the Crown Solicitor offices, a call that is heard almost daily from every quarter, but the question of whether the system is somehow bleeding the taxpayer is almost certainly less true today than it might have been 10 years ago.

When former Justice Minister Simon Power announced a review of the Crown network in 2011 the cost of the 16-strong Crown Solicitors’ network was the same as today, having risen from $26 million in 2006.

Certainly there are other prosecution agencies, such as the Serious Fraud Office, but the days of ‘money for nothing’, to quote Dire Straits, have probably well and truly gone.  Bulk funding has created a situation where previous profitability has been challenged for the warrant-holders, but as former Attorney General Chris Finlayson QC said at the time of the review of the network, there was room for improvement, but no need for radical change.

Brian Dickey’s ‘light filled office’ is as much due to Meredith Connell’s commercial work, despite recent partner departures, as it is to the Crown warrant.