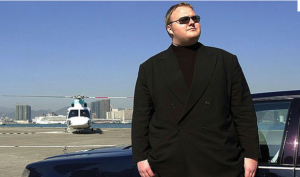 The Dotcom case took a new turn today with the US Department of Justice revealing over 190 pages of its evdience, claiming that the New Zealand-based Megaupload boss admitted he made money by sharing copyrighted songs and threatening PayPal and others of criminal activity.

RT.com reported: Among the documents released on Friday was an October 2011 email from Dotcom to PayPal, sent three months before Megaupload met its demise and just as the company announced it would no longer provide its 66 million users with financial incentives to upload content.

“Our legal team in the US is currently preparing to sue some of your competitors and expose their criminal activity. We like to give you a heads up and advise you not work with sites that are known to pay uploaders for pirated content. They are damaging the image and the existence of the file hosting industry (see what’s happening with the Protect IP act),” Dotcom is quoted as saying.

“Look at Fileserve.com, Videobb.com, Filesonic.com, Wupload.com, Uploadstation.com. These sites pay everyone (no matter if the files are pirated or not) and have NO repeat infringer policy. And they are using PAYPAL to pay infringers.” The government used Friday’s filing to condemn Dotcom’s statements, painting him as a hypocrite looking out only for his own business interests. “

In direct contrast to Dotcom’s statement in his email, for over six years as part of the ‘Uploader rewards’ program, the Mega Conspiracy paid users who had uploaded ‘pirated’ content, and…the Mega Conspiracy failed to terminate repeat infringers,” prosecutors wrote.

The Wall Street Journal reported that Dotcom’s US-based lawyer Ira Rothken saying that the defendants, including two of Dotcom’s associate’s were unavailable for comment. Megaupload is only the most recent high-profile target in the continuing campaign by the Motion Picture Association of America against online sites that let users share movies and other entertainment without compensating the copyright holders. [wp_ad_camp_1]

Earlier this month, the file-sharing company Hotfile Corp. was ordered by a Florida judge to pay $80 million in damages to the MPAA and cease operations unless it starts using copyright filtering technology. Mr. Dotcom’s attorney said the charges are impinging on the rights of Internet users.

“The Justice Department is putting the interests of Hollywood ahead of those of cloud-storage customers,” said Mr. Rothken.

The Megaupload depicted by the Justice Department appears to have thought it would always have a receptive market.