When someone is involved in an accident and suffers injuries, they may be entitled to compensation for their losses. In many cases, obtaining compensation will involve negotiating a settlement with the party or parties responsible for the accident.

So when looking at a settlement, you will know that the total offer is guaranteed while a trial situation creates a great deal less certainty – let’s put that at 50:50.

And there can be a lot of money involved. Some settlements are many millions of dollars, with the median payout in a personal injury lawsuit being about $53,000. Minor claims (broken bones, sprains and similar) will range from $3000 to $10,000 but the overall range is significant depending upon the severity and nature of the injury, the fault of the parties involved and other factors.

Settlement negotiations can be complex, and injured individuals must understand how the process works.

So what is involved in the settlement negotiations in a personal injury case?

The Role of Insurance Companies

The insurance company may make an initial settlement offer, but this offer may not be sufficient to cover the injured party’s losses. The injured party may reject the initial offer and negotiate for a higher amount.

Keep in mind that the insurance adjuster involved in assessing a claim will have two key objectives in mind: to clear his/her desk of the file as soon as possible, and to settle for the smallest possible amount.

This is where the role of a personal injury attorney can help the injured party to calculate the value of their losses and to negotiate a fair settlement with the insurance company.

Settlement negotiations are typically conducted through a process known as “mediation.” Mediation is a form of alternative dispute resolution in which a neutral third party (the mediator) helps the parties to reach an agreement. In mediation, the injured party and the insurance company will present their respective positions to the mediator.

The mediator will then work with the parties to find common ground and reach an acceptable settlement for both sides.

The Role of a Personal Injury Attorney

A personal injury attorney can play a critical role in settlement negotiation. An attorney can help an injured party to:

Different states have different rules regarding limitation periods for making claims and other factors that will need to be considered when negotiating a settlement. Similarly, insurance companies in different jurisdictions may take a different attitude toward settlements.

Some states only permit one year to file a claim while others will permit a six-year period. However, there are other factors too, such as whether you are involved in an injury involving a government organization like the police or some other government or military entity, when you may have to face particular restrictions when filing a personal injury claim.

Finding an attorney and preparing your case promptly protects you from running out of time, but it also ensures that evidence won’t be lost or witnesses to forget details.

For instance, in Florida, we spoke to The Bradenton personal injury lawyers at DolmanLaw.com who handle personal injury claims where the limitation period is four years. But claims that are not based on a claim of negligence must be commenced in two years.

It is such ‘wrinkles’ in local law that require local knowledge when filing a claim or pursuing a settlement.

It is important to note that a personal injury attorney will typically work on a contingency fee basis, which means that the attorney will only get paid if a settlement or award is obtained.

If the parties reach a settlement agreement, the terms of the agreement will be put in writing and signed by both parties.

The agreement will typically include the settlement amount and other terms the parties have agreed to, such as a confidentiality clause. Once the agreement is signed, the case will be settled, and the injured party will release the insurance company from further liability.

If the parties are unable to reach a settlement agreement, the case may be decided by a judge or jury.

Settlement negotiations are a common part of the personal injury claims process. They can be a complex and time-consuming process, but with the help of a personal injury attorney, an injured party can negotiate a fair settlement for their losses.

Understanding the settlement negotiation process can help injured individuals make informed decisions and obtain the compensation they deserve. It is important to remember that seeking legal advice is recommended to understand one’s rights and options when navigating the personal injury claims process.

FAQ: How Settlement Negotiation Work In A Personal Injury Case

When someone is involved in an accident and suffers injuries, they may be entitled to…

After a 20 year gap, the International Bar Association has elected its first woman president,…

Which Are The Best Civil Rights Law Firms in NYC?

January 17, 2023 No Comments
Choosing a top civil rights lawyer in NYC is more than checking online – it…
Read More 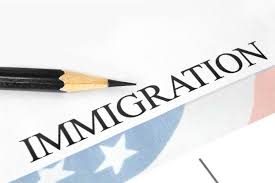 How Much Does it Cost to Hire an Immigration Lawyer in the U.S.?

https://eoimmigration.com/coral-gables-immigration-lawyers/ Despite everything our country has been through in recent years, people from all over…