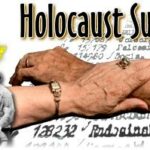 Preet Bharara, the United States Attorney for the Southern District of New York, announced that SEMEN DOMNITSER was sentenced today in Manhattan federal court to eight years in prison for his participation in a $57 million fraud scheme that targeted programs administered by the Conference on Jewish Material Claims Against Germany, Inc. (the “Claims Conference”), and that were established to aid the survivors of Nazi persecution. DOMNITSER, a former employee of the Claims Conference who served as the Director of the relevant programs from 1999 to 2010, was convicted on May 8, 2013 of one count of conspiracy to commit mail fraud and one count of mail fraud, following a four-week trial. He was sentenced today by U.S. District Judge Thomas P. Griesa.
[wp_ad_camp_1]
Manhattan U.S. Attorney Preet Bharara said: “As the highest ranking insider to participate in this despicable fraud against the Holocaust Claims Conference, Mr. Domnitser played an integral role in the scheme by processing fraudulent applications to the Conference and turning a profit of thousands of dollars for himself. With today’s sentence, he will be held to account for victimizing Holocaust survivors by diverting funds meant to help them to his own pocket and contributing to this $57 million scheme.”
According to the Superseding Indictment, other documents filed in Manhattan federal court, the evidence presented at trial, and statements made during court proceedings:
The Claims Conference, a not-for-profit organization that provides assistance to victims of Nazi persecution, supervises and administers several funds that make reparation payments to victims of the Nazis, including “the Hardship Fund” and “the Article 2 Fund,” both of which are funded by the German government. Applications for disbursements through these funds are processed by employees of the Claims Conference’s office in Manhattan, New York, and the employees are supposed to confirm that the applicants meet the specific criteria for payments under the funds.
As part of the charged scheme, a network of individuals systematically defrauded the Article 2 Fund and Hardship Fund programs for over a decade. The Claims Conference first
-2-
suspected the fraud in November 2009, and immediately reported their suspicions to law enforcement, which conducted a wide-reaching investigation.
The Hardship Fund pays a one-time payment of approximately $3,500 to victims of Nazi persecution who evacuated the cities in which they lived and were forced to become refugees. Members of the conspiracy submitted fraudulent applications for people who were not eligible. Many of the recipients of fraudulent funds were born after World War II, and at least one person was not even Jewish. Some members of the conspiracy recruited other individuals to provide identification documents, such as passports and birth certificates, which were then fraudulently altered and submitted to corrupt insiders at the Claims Conference, who then processed those applications. When the applicants received their compensation checks, they kept a portion of the money and passed the rest back up the chain, to their recruiters and others involved in the scheme.
From the investigation to date, the Claims Conference has determined that at least 3,839 Hardship Fund applications appear to be fraudulent. These applications resulted in a loss to the Hardship Fund of approximately $12.3 million.
The Article 2 Fund makes monthly payments of approximately $400 to survivors of Nazi persecution who make less than $16,000 per year, and either lived in hiding or under a false identity for at least 18 months; lived in a Jewish ghetto for 18 months; or were incarcerated for six months in a concentration camp or a forced labor camp. The fraud involved doctored identification documents in which the applicant’s date and place of birth had been changed. The fraud also involved more sophisticated deception, including altering documents that the Claims Conference obtained from outside sources to verify a person’s persecution by the Nazis. Some of the detailed descriptions of persecution in the fraudulent Article 2 Fund applications were completely fabricated.
From the investigation to date, the Claims Conference has determined that at least 1,112 Article 2 Fund cases it processed have been determined to be fraudulent. Those cases have resulted in a loss to the Claims Conference of approximately $45 million.
DOMNITSER was an Article 2 Fund caseworker from 1994 until 1999, and as a caseworker, helped process fraudulent applications. In 1999, DOMNITSER became the Director of both the Article 2 Fund and the Hardship Fund, and continued to serve in that role until his termination in February 2010. As Director, DOMNITSER approved fraudulent applications and received thousands of dollars in payments – typically in the form of money orders – from applicants who had received money from the funds to which they were not entitled.
* * *
In addition to his prison term, DOMNITSER, 55, of Brooklyn, New York, was sentenced to three years of supervised release. He was also ordered to forfeit $59,230 and pay restitution in the amount of $57.3 million.
Since 2010, a total of 31 individuals have been charged with participating in the scheme to defraud the Article 2 Fund and Hardship Fund programs. Twenty-eight defendants pled guilty and three—DOMNITSER, Luba Kramrish, and Oksana Romalis—were convicted after trial.
-3-
Kramrish was sentenced by Judge Griesa on September 20, 2013, to 37 months in prison, and Romalis is scheduled to be sentenced before Judge Griesa on November 26, 2013, at 11:00 a.m.
Mr. Bharara praised the investigative work of the Federal Bureau of Investigation (“FBI”). He also thanked the Claims Conference for bringing this matter to the FBI’s attention and for its continued cooperation.
This case is being handled by the Office’s Complex Frauds Unit. Assistant U.S. Attorney Christopher D. Frey and Special Assistant U.S. Attorney Rebecca Rohr are in charge of the prosecution.
13-332 ###