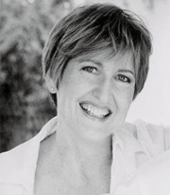 Victoria Pynchon writes the Negotiation Law Blog, from which this post arises:

We all read this in the fifth grade, right? Again in high school History and Civics, one more time in college history, philosophy or political science and, if we took the sparsely attended jurisprudence course in law school, we read it again there.

I have to admit, however, that I never knew what it meant until I listened to one of those Teaching Company courses on American History.

We know that the founders didn’t have week-end spa retreats, golfing getaways, or new BMW’s in mind when they included in the preamble to the Declaration of Independence the right of all “men” to pursue happiness.

So what did these men of the American Enlightenment mean?

They meant eudaimonia, an Aristotelian concept defined “not by honor, or wealth, or power, but by rational activity in accordance with virtue over a complete life. This type of activity manifests the virtues of character, including, honesty, pride, friendliness, and wittiness; the intellectual virtues, such as rationality in judgment; and non-sacrificial (i.e. mutually beneficial) friendships and scientific knowledge (knowledge of things that are fundamental and/or unchanging is the best).

This is amazingly similar to what social scientists have demonstrated motivates most people, as described in Daniel Pink’s book, Drive.

You can pay people all the money the world has to offer and they will not achieve true happiness in the absence of friends, family and right occupation. In light of the fact that “right occupation” for attorneys does not eliminate the considerable physical, emotional and moral stress of practicing law, it’s not surprising that most of us report a significant degree of unhappiness in our chosen field.

But is that a necessary component to legal practice?

You don’t need to be a workaholic or stress adrenaline addict to understand the concept of “good stress.” The term eustress was coined by the neuroimmune biologist Hans Selye in the early 1970’s.

This type of stress is a happily adaptive response to what some people call “problems” and others call “challenges.” In response to “challenging” problems — difficulties or barriers people believe they have the freedom and power to address — the body releases adrenaline and noradrenaline. Both of these hormones result in heightened perception, increased motivation and even increased physical strength. Eustress extends the person’s capacity to function (intellectually, physically, emotionally and behaviourally).

This “good stress” acts both as a motivator to creative problem-solving and as its bio-chemical reward. Eustress is simply the scientific-biological explanation for the Aristotelian value and goal of “eudaimonia,” which the founding fathers wrote into the Declaration of Independence.

At least one pundit whose website I can no longer find has written,

If we can rediscover the concept of eudaimonia, and adapt it to suit our modern values, perhaps we can find a way to achieve longer-term happiness. A modern concept of eudaimonia, for example, might include the need to take account of the effect of one’s actions on the environment, as well as on other people in one’s community. It might take the form of political engagement, or artistic creativity, or volunteer work. By focussing on the effect of our actions on those around us and on the world in general, rather than on our own happiness, perhaps we can learn to be eudaimon, and to be happy.

if you’re understandably anxious about any of the following, you are about to experience eudaimonia because you will be meeting and managing a great challenge

When you experience the following, you will also be experiencing eudaiomonia.

The happy activities that are latticed into legal practice provide satisfaction and sometimes even serenity every bit as much as they produce fear and frustration. Among those activities are: